TheClemsonInsider.com caught up with some Clemson fans as they entered Rosenblatt Stadium Monday morning.

Included is this TCI Fancast are a comments from the parents of Jeff Schaus and Will Lamb.

Get a feel for the excitement as fans prepared for the Tiger’s first game of the College World Series. 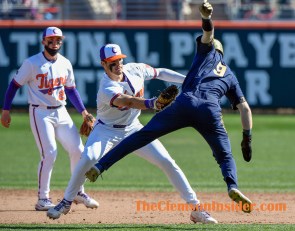