Hanging out at the team hotel last night, Dabo Swinney told Jamie Harper and Andre Ellington that it was their time, and that it was time to see what they were made of.

“I told them that we were about to find out whether(the new storm) was a tropical depression or a category one or a category two, or what it was” said coach Swinney after Saturday’s season opener for his team.

The Tiger team as a whole had questions coming in, and one of those was how would the running game perform after CJ Spiller’s departure.

CJ was, after all, the only remaining half of “Thunder and Lightning” as he and James Davis had become during their years playing together.  Today one of those questions was answered.

With Harper and Ellington both going over 100 yards each Saturday, the first time for two Tiger running backs in the same game in three years, I think one thing is apparent. The “New Storm” is strong, and it looks as if it will continue to grow as the season progresses.

“Jamie and I are calling ourselves the new storm.  It’s more of a together thing than a separate ‘thunder and lightning’ thing” Andre Ellington said after the game.

“We got in there and Andre and I really just tried to make the new storm come alive.  You know as a running back, every time you think about yourself touching the ball, you think you’re going to be able to pop it” Harper said.  “I told Andre last night in the hotel that he was going to pop out and score like that and sure enough, he did it”

Dabo had something to say about Ellington’s 60 yard touchdown run on just the Tigers second play from scrimmage of the game.  “I told him after that, I said now you can call ole CJ and tell him anyone can score on a kickoff, but can you do it from your first play from scrimmage”  referring to CJ Spiller scoring on Clemson’s first offensive possession last season as well. 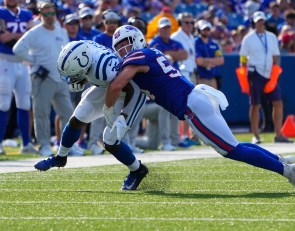 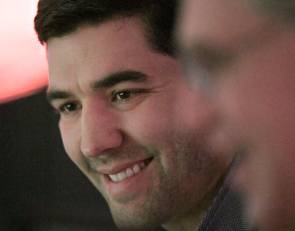 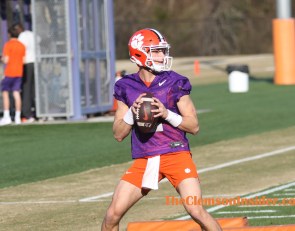 Ronan Hanafin knows that when he eventually leaves Clemson, he’ll be faster, stronger, smarter and most importantly, a better man. It’s why the four-star athlete out of Buckingham Browne & Nichols School (…)

Nothing has changed with Clemson’s quarterback situation with less than three weeks remaining before the Tigers’ Labor Day opener. But even if things don’t change at the top of the depth chart throughout (…)

The Clemson Insider has confirmed that former Clemson head coach Monte Lee will be coaching for the Tigers’ rival next season. With South Carolina baseball assistant Chad Caillet retiring, Lee is joining the (…)

This week, the Football Writers Association of America and the National Football Foundation released its Super 16 preseason poll. Clemson, ranked No. 4 in both the preseason AP Top 25 and preseason (…)

Will Shipley is collaborating with a local startup to help fans more closely connect with Clemson’s star running back this season. BandwagonFanClub, Inc., a South Carolina-based experience technology (…)

There is finally a final decision on Deshaun Watson’s suspension. The NFL has reached a deal on a disciplinary settlement with the former Clemson and current Cleveland Browns quarterback. Watson and the NFL (…)

From a developmental standpoint, Clemson’s cornerback’s room was delivered a blow last week. Clemson coach Dabo Swinney announced that freshman Myles Oliver had a shoulder injury and would subsequently be (…)

With the college football season set to get underway soon, ESPN on Wednesday released its ranking of the best players in the sport, regardless of position, based on their football abilities alone. A (…)

Swinney gives post-scrimmage update on health status of his team

Venables' decision, which surprised Swinney, paying off for Tigers

'He made it easy': Swinney talks decision to place running back on scholarship