Time for TheClemsonInsider staff to give you their predictions for this week’s college football games.

Can you beat the TCI staff with your predictions?  Each week a member of TheClemsonInsider.com will pick along with the TCI staff.  The member that picks the most winners each week will get to pick against the staff the following week.  Get your picks in today on The Rock so you can win this week’s contest.

Lee won the staff challenge last week with a record of 8-2.  Keith finished strong with a 7-3 record.  Robert was 5-5 last week with Trey finishing at 3-7. 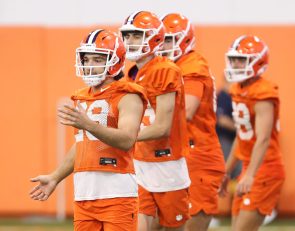