The Tigers discussed the transition to new head coach Brad Brownell, the new motion offense, the first few practices and much more.

Watch the press conference with the two Tigers on TCITV: 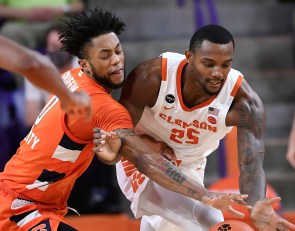