Don’t believe all of the latest rumors flying around the web about 5-star linebacker Tony Steward.  TheClemsonInsider.com sets the record straight.

Visit TCI’s premium message board The Rock for the latest information on Tony Steward as he prepares for his big announcement on Wednesday!

Remember all premium information on TheClemsonInsider.com including the premium message board is Free.  Register today if you are not already a Clemson Insider and get all of your inside information on Clemson recruiting and much more from a 100% Clemson staff!!! 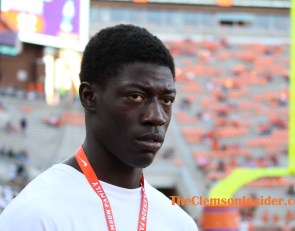