Clemson, Brenau University, Armstrong Atlantic, and Georgia State competed in the event, which took place throughout the course of the weekend.

Clemson entered the day with a perfect mark in both singles and doubles, and Josipa Bek and Keri Wong claimed the flight one doubles championship, winning 8-2 over a team from Georgia State, after defeating the nation’s no. 1 Division II doubles team Saturday.

Bek won flight on singles, going 3-0, including a win Sunday of the no. 1 singles player in division II by a 6-2, 6-1 count.  Ciolkowski won flight three, going 3-0, and Belaya went 3-0 to win flight four, improving her personal record to 9-0 on the year.

Keri wong was knocked off at flight two by Krtikoval in a third-set super tiebreak, Kathleen Henry, sister of Laurianne Henry, won flight five, and a pair from Armstrong alos came away with flights six and seven singles titles.

Clemson returns to action on Feb. 10 as they take on Furman in a home indoor dual match. 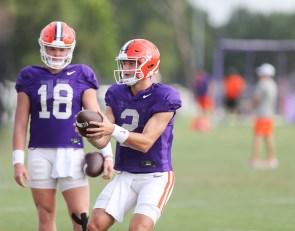 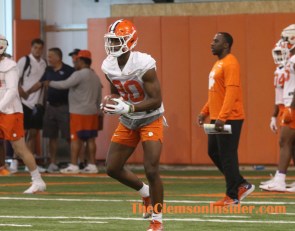 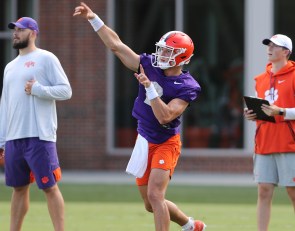 Trevor Lawrence didn’t play in last Thursday’s Hall of Fame Game against the Las Vegas Raiders in Canton, Ohio, but the former Clemson and current Jacksonville Jaguars quarterback still made a major (…)

Clemson continued preparations for the 2022 season this morning at Jervey Meadows with its seventh practice of preseason camp. Check out The Clemson Insider’s first photo gallery from this morning’s (…)

Clemson continued preparations for the 2022 season this morning at Jervey Meadows with its seventh practice of preseason camp. Here are some observations of the Tigers’ defense and special teams from the (…)

Clemson continued preparations for the 2022 season this morning at Jervey Meadows with its seventh practice of preseason camp. Here are some observations of the Tigers’ offense from the media viewing (…)

Pair of Tigers highlighted on ESPN's Most Important Players list