TheClemsonInsider.com caught up with Justin Sarratt following his sixth win of the season as he led the Tiger’s to a 5-1 victory at Gardner Webb on Sunday.

Justin went six innings and only gave up one unearned run on four hits.

Watch Justin discuss the win, his homecoming and much more! 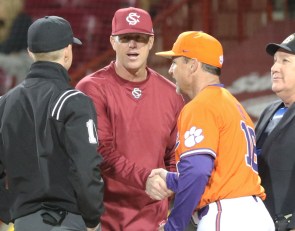