CLEMSON, SC – Former ESPN High School All-American Charmaine Tay has signed a financial aid agreement to join the women’s basketball program, and will begin classes at Clemson in January, Head Coach Itoro Coleman announced on Tuesday. Tay, a sophomore from Irvington, NJ, played her freshman season at Louisville, where the team advanced to the Sweet 16. The 5-11 point guard is eligible to compete in practices immediately, but will sit out of intercollegiate competition until the end of the Fall 2012 academic semester.

“We are excited that Charmaine is a part of the Lady Tiger family,” said Coleman. “Although she will not play right away, we look forward to her helping us get better in practice”

Tay becomes the icing on top of arguably the most decorated recruiting class in Clemson women’s basketball history, which ranks 16th nationally according to ESPN Hoopgurlz. Tay was ranked as the 17th-best player in the nation according to ESPN Hoopgurlz in the 2010 class, and the 6th-best point guard in the class. She also garnered top-30 national rankings from All-Star Girls Report (23rd overall, #5 SG), and Dan Olson scouting (30th overall, #6 SG).

Tay attended high school at Bloomfield Tech in Irvington, NJ, and spent one year at the University of Louisville before transferring to Clemson.

At Louisville, Tay appeared in 30 games, and averaged 15.6 minutes per game, totaling 102 points, 83 rebounds, 50 assists, and 26 steals in 467 total minutes. The squad advanced to the NCAA Sweet 16, during which Tay scored 11 points against Xavier to advance to the third round game.

Recruiting Coordinator Yolett McPhee-McCuin has pulled the strings for the Lady Tigers’ recruiting, drawing national top-30 reviews in each of her first two classes. 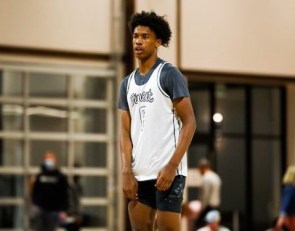 Swinney to FSU, Norvell: ‘I don’t give a crap what they say’

Clemson defensive coordinator Brent Venables didn’t waste any time turning his players focus to Pitt Saturday morning. In this edition of the Two-Minute drill Venables talks about the players frustrations (…)