Clemson, SC—Current Clemson golfer Corbin Mills and former Tiger All-Americans Jonathan Byrd, Lucas Glover and Kyle Stanley will all begin play in the 2012 Masters on Thursday.   With four former or current players in the field, Clemson trails only Oklahoma State, who has five former players participating.

The ACC has the most former players among conferences with 12 followed by the Pac 10 with 11, the Big 12 with 10 and the SEC with five.  Six different ACC schools have at least one current or former player in this year’s Masters.

Mills, a junior on the Clemson team this year, qualified for the Masters by winning the 2011 United States Public Links Championship in Oregon. He also won the Players Amateur the next week and will play in the Heritage at Hilton Head the following weekend.

This year, Mills is ranked 22nd in the nation among college players according to the Sagarin college rankings, best among current Tigers, and is 12th in the World Amateur rankings by Golfweek, fifth among United States players. (rankings as of March 25).   He has a 71.10 stroke average for seven events and has 11 under-par rounds, first on the team. He won the Jerry Pate Intercollegiate in the fall and is coming off a final round 65 at the Furman Invitational where he finished third.

Byrd qualified for the Masters by finishing in the top 30 on the PGA Tour money list lasts year. He will be playing in his fifth Masters.  A Clemson Ring of honor inductee this past fall, Byrd finished eighth at the 2003 Masters with a 288 score, the best finish by a former Clemson golfer at the Masters.  Byrd has won five career PGA Tour events, more than any other former Tiger.

Glover qualified for this Masters by winning the 2009 US Open. He is in the third year of a five-year exemption into the Master from that US Open victory. He has made the cut in two of his four previous Masters appearances, including a 20th place finish in 2007.

Stanley qualified for the Masters by winning the Waste Management Phoenix Open in February.  He is ranked fifth in the FedEx Cup standings and fifth on the money list with nearly $2 million entering the Masters.  He  has made seven of nine cuts this year and is 12th in greens in regulation, sixth in driving distance.  Stanley, an All-American at Clemson from 2006-08, will be playing in his first Masters, but he has played in three Majors, including the 2011 British Open when he finished 44th. 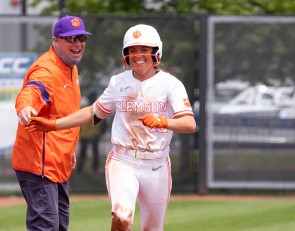 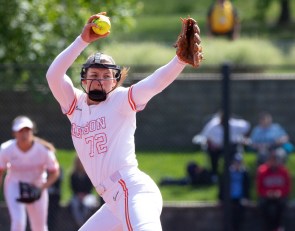