Tajh Boyd threw for 367 yards and three touchdowns while completing 28 of 38 passes. All in all, it was a good day for the Clemson quarterback as he backed up his statements earlier in the week. The most compelling play of the game came on the Tigers’ opening drive of the third quarter when he forced his way up field for 11 yards on a third down-and-10 play from the BC 35. The Clemson sideline erupted after that. It was the spark the offense and the team needed. Clemson went on to score on that drive and then the defense followed with an interception that allowed the Tigers to take control of the game. Though Boyd played well, he gets a “B” because he did not take care of the football, throwing one interception in the second quarter and then losing a fumble in the fourth quarter.

Clemson running back Andre Ellington again stepped up big. The ACC’s leading rusher went for 132 yards and 25 carries, including a 46-yard run in the fourth quarter that broke the Eagles spirits. The senior also scored on a third quarter touchdown as he soared over the pile in Terry Allen like-fashion to give Clemson a 17-point lead at the time. Roderick McDowell had only 27 yards, but he made the most of his six carries, including a 16-yard touchdown up the middle to put Clemson up 10 points in the third quarter. McDowell is improving with every carry, while also having a knack at finding the end zone.

NuuuuuuuuuuuuK! Need I say more? Once again, DeAndre Hopkins stepped up big with Sammy Watkins unable to play due to a stomach virus. The 6-foot-2 wideout hauled in 11 catches for a school-record 197 yards in leading the Tigers. He scored one touchdown on a 36-yard pass from Boyd and hauled in another for 58 yards. If it was not for the officials and the replay both, he would have gone well over 200 yards and scored three touchdowns. Jaron Brown also played big, catching three passes for 61 yards, including one from 30. He also went up and made a great stab at a Boyd aerial in the fourth quarter to keep a scoring drive alive. Tight end Brandon Ford caught five passes for 38 yards, including a four-yard score in the second quarter that allowed the Tigers to take a 24-21 lead into the break. Adam Humphries also played well, catching four passes for 41 yards.

The Clemson offensive line continues to make great strides. The Tigers were 6 of 8 in third-and-short or fourth-and-short situations Saturday, and both failures came on the same drive. Other than that, there is not much to complain about, if any at all. Though they were charged with a sack, the sack came off an intentional grounding penalty by Boyd, who tried to break out side, but thought pressure was coming when there wasn’t really any there. There were no penalties called on the line either, while the offense rushed for 209 yards.

What a nice turnaround from last week. Josh Watson, DeShawn Williams and Grady Jarrett all played well in the middle and two of the three sacks came from the defensive line – Williams and defensive end Victor Beasley. This unit also played a big role in while BC rushed for only 51 yards, including just 21 after the Eagles scored on a 30-yard run on their opening possession of the game.

Finally, Quandon Christian came to play. Though he officially had one tackle, and that was a sack for a seven-yard loss, the senior was causing havoc in the BC backfield for much of the day as he would bust through and force plays back inside were pursuit was at. Tig Willard had another good game with a team-high nine tackles, while Stephone Anthony had six tackles.

It was not great, but it was a much better outing by the back end of the defense. After being torched for 198 yards and two touchdowns in the first half, Clemson adjusted and recorded two interceptions and allowed 171 yards. Garry Peters came off the bench and played well as he recorded a PBU (pass broken up) and one of the two interceptions. Bashaud Breeland had six tackles and Rashard Hall recorded an interception as well. But, despite the upgrade, the secondary did have a couple of busted coverages on BC’s long throws and touchdown passes.

The kick coverage was better. The punt coverage was solid and the placekicking was once again perfect. The only real issues were the two procedure penalties on the one punt in the third quarter and then the delay of game on the fake field goal. Spencer Benton also fell short of the goal line on a couple of kicks, but that is really it. Ellington finally broke Clemson out of its slump on kickoff returns thanks to a 39-yard return to start the game. He finished with 129 yards, while Chandler Catanzaro was again true on a 28-yard field goal. He is now 8-for-8 on the season and has made his last 16 kicks dating back to last November.

Dabo Swinney and the staff did a good job I thought in having this football team ready to play. For the most part the decisions and play calling was spot on. The only real beef I have is the trick play in the second quarter which Boyd threw an interception. The Tigers were dominating BC at that point in the game and had the defense on its heels. I didn’t think the home run ball to put the game away was needed at that point but maybe I would see that differently had it worked. The fourth down call in the fourth quarter was a little questionable too. The Clemson defense was playing well at that point. I saw no need in going for it. Just kick it away and make them drive the length of the field while burning up clock to get within one score. But in the end, what do I know. I’m just a sportswriter. 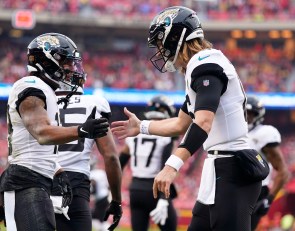 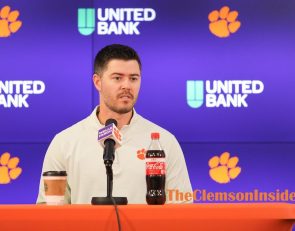