Two years ago, Sammy Watkins made the college football world take notice as he emerged as one of the greatest freshmen players to have ever played the game. The first-team Associated Press All-American—just the third true freshmen to ever earn that status—caught 82 passes for 1,219 yards and 12 touchdowns.

He made fools out of just about every secondary in the country, while also electrifying Death Valley with long kickoff returns and runs. The year before that, it was DeAndre Hopkins.

Though he did not earn All-American status, Travis Blanks emerged as one the Tigers’ best defensive players last season as a nickel back / linebacker. The 6-foot-1, 190-pound defensive back recorded 51 tackles as a freshmen and had seven passes broken up to go with one interception.

So which player in Clemson’s talented freshmen class will be an impact player this year? There are several candidates and we at The Clemson Insider.com have put together a list of the top 5 freshmen that should play a big role in the Tigers’ success this coming season. 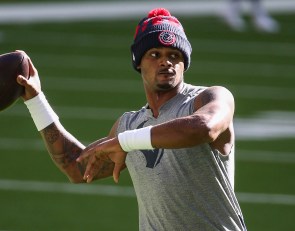 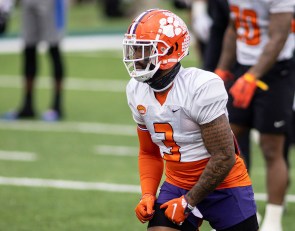 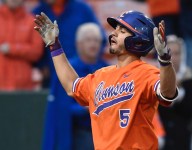 Though Clemson out played No. 10 Florida State for much of the night Friday, and second baseman Sam Hall had a two-run home run for the Tigers, it was not good enough. The Seminoles scored four runs in the (…)

LOUISVILLE, Ky. — Clemson continued its historic run with a 2-0 win over four-seed Virginia Tech in the semifinals of the ACC Softball Tournament on Friday to earn a spot in Saturday’s ACC Championship (…) 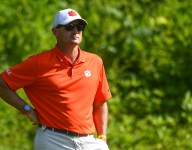 Just seven days after the birth of his daughter, Jordan Byrd was officially named the new head coach of the Clemson men’s golf team Friday during a press conference at the Larry Penley Golf Facility in (…)

After weeks of no word from either side in the Deshaun Watson lawsuits, the last three days have provided plenty of drama. Things got so quiet the prior three weeks, speculation began as everyone (…) 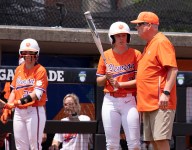 LOUISVILLE, Ky. —  Clemson defeated Virginia Tech 2-0 on Friday in the ACC Softball Tournament to earn a bid to its first ACC Championship Game in its first full season. Valerie Cagle was (…)

Former Clemson player makes his debut at rookie mini-camp on Friday. Clemson’s Amari Rodgers, who was selected in the third round of the NFL Draft by the Green Bay Packers, made his debut during the Packers’ (…) 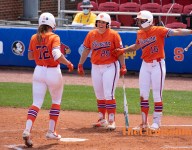 LOUISVILLE, Ky. – Clemson had plenty to be excited about on Friday after it secured a birth in its first ACC Softball Championship Game. The top-seeded Tigers bested No. 4 seed Virginia Tech 2-0 behind a (…) 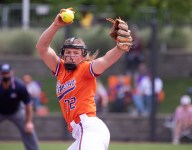 LOUISVILLE, Ky. – Valerie Cagle has already received a host of accolades for her performance both in the circle and at the plate this season. Cagle pitched another complete game shutout in the ACC (…)