Virginia head football coach Mike London is ready for some surprises this season.

He turned over a significant portion of his coaching staff after a disappointing finish to the 2012 season. He brought in an experienced slew of assistants to help rediscover the momentum built in his first two seasons at the helm of the Cavalier program.

But the road is treacherous, particularly at the beginning of the season. Games against BYU and Oregon mean no Cavalier fan will scoff at an 0-2 start, as long as the team rights the ship later. But London wants strength of schedule to be a character-builder for his team, not a crutch that excuses losing.

“In order for you to be relevant, to be recognized in college football, those are the tough games that you have to play,” London said of his team’s non-conference slate. “Those give us the opportunity, on a national scale, to compete and do well.”

If London can coax a winning effort out of his team against a pair of national forces over the first two weeks, public opinion could sway back in Virginia’s favor. Indeed, the schedule eases up, with the exception of tough home games against Clemson and Virginia Tech.

But London understands the opportunity in front of his team, as all four of those difficult contests will take place in the friendly confines of Scott Stadium. He has aggressively scheduled teams that will test his squad’s mettle early, which has become a theme throughout the Atlantic Coast Conference.

“I think the ACC has the toughest non-conference scheduled games of all the conferences,” he said. “We’re doing our part for sure, and I know there are other teams playing some other tough non-conference teams.”

London could have picked a better year to front-load the slate. The Cavaliers only have a handful of seniors on the roster and will rely heavily on first- and second-year players to produce at a high level. This has helped London to stockpile talent on the recruiting trail, but he knows his team may experience a roller coaster ride of sorts this season.

“We want that experience level also to improve,” London said. “It has to improve if you want to perform on the field. We understand that the process is taking place.”

One reason for increased optimism comes in the form of big-name assistant coaches added to the staff to infuse some life into the program. Tom O’Brien, who has been the man in charge at N.C. State, is back at Virginia, where he has  history. He, along with other highly-respected coaches, like new defensive guru Jon Tenuta—who has coached just about everywhere in the ACC—and others, has been tasked with carrying out London’s vision. The Cavs’ head coach says all has been good thus far.

“There’s a pre-existing relationship that has been established,” London said of O’Brien. “That was important. He’s been a tremendous help, and I’m looking forward to all of the things that he can offer because of his experience.”

The Clemson Insider sat down for a one-on-one Zoom interview with one of the nation’s top quarterback prospects in the 2022 class, Austin (Texas) Westlake four-star Cade Klubnik. Watch Klubnik discuss the (…) 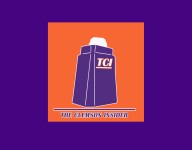 CLEMSON, SC – Stuart McWhorter and Robert MacRae have decided that it is best for Robert to continue as the owner of The Clemson Insider moving forward. “As we started to work together and did more due (…)