Leaders stepping up on defense

Leaders stepping up on defense

Clemson defensive coordinator Brent Venables has been pleased that camp has been a player-driven motivation thus far.

“They are holding each other accountable,” he said after practice Friday. “They are showing up every day through fall camp with an attitude and a purpose. They are kind of controlling the tempo and the attitude in the right way as opposed to coaches trying to inspire guys to play and practice the right way.”

The guys that have led the charge have been linebackers Spencer Shuey, Stephone Anthony and Quandon Christian, as well as guys like linebacker Tony Steward, defensive tackle Grady Jarrett and defensive end Corey Crawford.

“You have to foster that as coaches and get the most out of your leaders and develop that leadership,” Venables said. “That is still a process. I think you are not a finished product by the end of fall camp. You would like to be closer to the end than not, but you try to help lead the way and guide them.

“Hopefully, they will take that ownership. I have seen a number of guys that have shown the willingness to do so. We will see though. When you start playing other people and fighting through adversity that’s the real test.”

Kearse to play. One freshman that will not be redshirted this fall will be defensive back Jayron Kearse. Venables said the freshman has moved to second team free safety behind Travis Blanks and he along with guys like Korrin Wiggins, Jadar Johnson and Mackensie Alexander will all likely see the field this fall.

“We have to stay healthy with the other guys, so that all plays into it,” he said. “You would like to redshirt as many as you can that are not quite ready if they maybe lack the strength, the size or the understanding, but I don’t think we will be afforded that opportunity.”

Venables says Kearse’s move up the depth chart and subsequent playing time is more out of necessity than anything else.

“We just have no depth,” he said. “We knew going in that those guys were going to have to play so ready or not here we come.”

The Clemson coach also said Wiggins will more than likely play the nickel position this fall.

Anthony stays consistent. Venables reported that Anthony has had the best camp of any linebacker thus far.

“He has been the most consistent guy,” Venables said. “He has had a very good fall camp. He has taken it a step further in his development. The maturation has continued to move on all the way through the summer and fall camp.

“He picked up and he continues to show improvement.”

He also mentioned that freshman Ebenezer Ogundeko is working his way up and is fighting to get in that top-four rotation. Others trying to get in are Shaq Lawson, Dane Rogers and Martin Aiken. Corey Crawford, Victory Beasley and Tavaris Barnes own the other three spots. 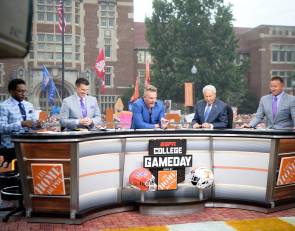 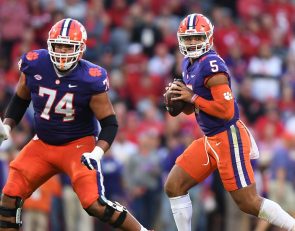