The Tigers hosted over 100 prospects in Death Valley Saturday night when Clemson downed No. 5 Georgia 38-35.  TheClemsonInsider.com reached out to a number of recruits that were at the game and some that were not to get their reactions to the game.

Albert Huggins – “It was a good game.  To me the defense won the game and that’s the kind of game I like.”

Mason Veal – “It was a great game.  The fans were amazing and the atmosphere was awesome.  Clemson played really well and I was impressed.”

Artavis Scott – “There is no place better I would rather be.”

Kendall Joseph – “They displayed the toughness and perseverance of a national championship team.  I loved the defensive intensity.”

Anthony Ratcliff  – “It was a great, great football game from both teams.  The crowd was amazing.  I think they shifted the game in Clemson’s favor.”

George Brown – “It was a great win against great competition.”

Ricky Deberry – “I was too turnt at Clemson yesterday” 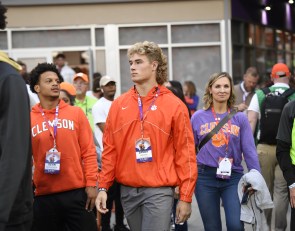