ACC should not even think about 9-game schedule

ACC should not even think about 9-game schedule

The SEC has already answered this question and my guess the ACC will do the same in late May. But should the conference play a nine-game conference schedule?

The SEC said no as the league voted to keep its conference slate at eight games from next year until the foreseeable future. Personally, I like the SEC’s decision and I hope the ACC does the same.

Now, I could understand why the SEC might want to play another conference game each year – Alabama vs. Florida, South Carolina vs. Auburn, Georgia at Texas A&M and the list go could go on and on with such great cross-divisional games. Those would all be great games.

But why in the world would the ACC wants such a thing?

Look at these possible matchups every year.

I didn’t think so.

Yes, the ACCC took a couple of big steps last year with Florida State winning the national championship and Clemson winning the Orange Bowl over Ohio State. But outside of Clemson, Florida State, Virginia Tech and maybe Louisville, what other schools care about winning in football in the ACC?

Since 1980, only two teams from Tobacco Road have won the ACC and they weren’t North Carolina and NC State. Duke shared the ACC title with Virginia in 1989 and Wake Forest won it all in 2006. Tobacco Road does not care about football. To them it is just an afterthought before basketball season starts.

Miami, who has won five national championships, was supposed to come in the league and compete with FSU for supremacy year in and year out. However, the Hurricanes have yet to come close to sniffing a Coastal Divisional Championship much less an ACC Championship since coming into the league in 2005.

Like Tobacco Road, Virginia and Syracuse care more about basketball than winning in football—regardless of what they say—and though Boston College has played in two ACC Championship games, it has done little to get back there since Matt Ryan graduated.

Then there is Georgia Tech. Well, let’s not talk about Georgia Tech. The Yellow Jackets only had 117 people at their spring game. That’s all you need to know about that.

My point is this. The ACC is better off leaving things at eight games. Clemson, FSU, Georgia Tech and Louisville already play non-conference rivals from the SEC each year in South Carolina, Florida, Georgia and Kentucky. Notre Dame is coming on the slate this year and that will give conference members another good game or two each year, games like Florida State vs. Notre Dame; Miami vs. Notre Dame and Clemson vs. Notre Dame.

Then with the extra game still sitting there after everyone fills in their seven-home games each year, and you know they are going to want that because of the extra revenue it brings in to fund the Olympic sports, there will be matchups like Clemson at Georgia this year; North Carolina at South Carolina last year and Florida State vs. Oklahoma State this year.

Those are games true football fans want to see – not another Duke at Wake Forest snore fest.

For those people that still want to see a ninth ACC or SEC game, I propose this; lets add a 13th game to the schedule. That will make everyone happy, except the student athletes. But when have schools really carried about what the student athletes think. The NCAA Basketball Tournament – COUGH! COUGH! 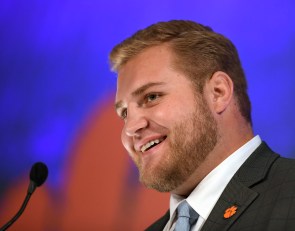 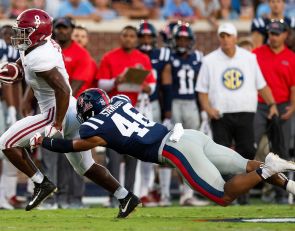 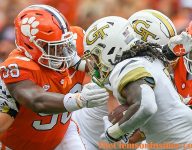 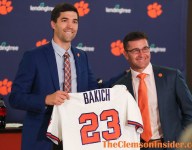