Feel good about what just happened, because it’s been a while.

Albert Huggins didn’t even play football the last time Clemson picked up the top-rated prospect from the state of South Carolina.

The No. 1 ranked prospect in the state, according to 247, Rivals and Scout, Huggins committed to Clemson’s 2015 class on Friday morning at Orangeburg-Wilkinson High School.

Clemson hasn’t signed the state’s top-ranked player by 247 and Rivals since 2009 when Malliciah Goodman agreed to play for newly-minted head coach Dabo Swinney.

A year earlier, Da’Quan Bowers, Scout’s No. 1 from South Carolina, inked with Clemson. Everybody had him as the state’s top player in 2008. ESPN liked Bowers so much they named him the best prospect in the country.

Swinney’s done pretty well for himself in the years since then, signing a few five-stars from outside of the Palmetto State: Tajh Boyd, Sammy Watkins, Stephone Anthony and Tony Steward.

With all of that success on the recruiting trail, the drought of missing out on the state’s top football player stuck in the crawl of more than a few Clemson fans. And it certainly made matters worse when No. 1 would take his talents to Columbia.

That half-decade or so stretch where everything seemed to go South Carolina’s favor appears to be coming to a close — that includes both the recruiting trail and the football field.

Bask in the glory. 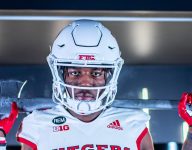 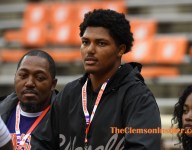 Given the importance of in-state recruiting in college football, it’s not unusual to see teams add players to their programs from some of the same local high schools year after year. But Clemson has (…) 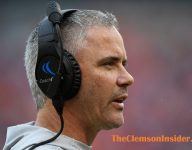 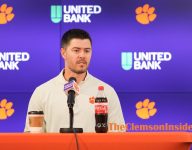 One of Clemson’s returning defensive tackles was ranked among the nation’s best this week. Pro Football Focus ranked the top 10 returning interior defensive linemen for the 2023 college football (…)

On Wednesday, the NFL released the list of players that have been invited to the 2023 NFL Scouting Combine, which will be held in Indianapolis from Feb. 28-March 6. Among the 319 total prospects (…) 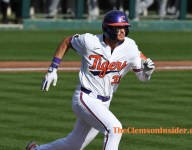 Caden Grice has logged innings at a handful of positions during his time at Clemson, but the Tigers’ junior slugger will focus on two during his junior season. Grice will move back to the infield and be (…)