After four-star cornerback LeAnthony Williams Jr. announced his commitment to Clemson, several of the top prospects in the country tweeted about the news.

Here’s a rundown of what they and others had to say about Williams’ decision to commit to the Tigers:

Shout out to my boi Lee on the commitment to Clemson 💯 I'm proud of you dawg @LWilliams_4 pic.twitter.com/1ypIfqskae

Congrats to my brother on his commitment to Clemson! Words can't explain. I'm proud of you! @LWilliams_4 #IDareU #ALLIN 🐅

Clemson picked up a commitment from a four-star defensive back https://t.co/FXuBwqNTb1 pic.twitter.com/7KBKAklF18

If you haven’t already order your copy today of Guts & Glory – Tales of Clemson’s Historic 2015 Football Season to help you celebrate and remember this special season. 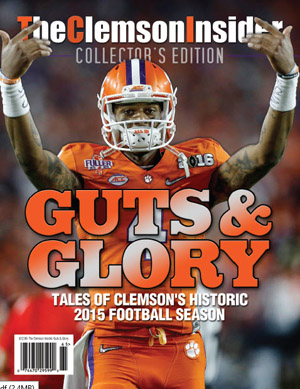