There is no doubting the ClemsonLife program is a truly unique and special aspect of Clemson University. Tiger fans are no strangers to the viral videos of Rion Holcombe receiving his acceptance letter and Dabo Swinney running down the Hill with the students of ClemsonLIFE.

These are just a few examples of the immeasurable joy the program provides its students, but also of the impact the ClemsonLIFE students have had on the people they come into contact with.

One member of the Clemson family who has been touched by the students of the program is Arizona Cardinals kicker Chandler Catanzaro. The former Clemson kicker was the keynote speaker at the ClemsonLIFE Graduation ceremony on Saturday morning in Clemson.

The ceremony honored four exceptional students who made up the 2016 graduating class of the ClemsonLIFE program. Those students were Steven Fleming, Danny (Rion) Holcombe, Hope Banks and Jacob Stark. At the ceremony, each student was given their certificate and honored with their class rings, while they spoke about the experiences they have had in all aspects of ClemsonLIFE ranging from Academics to employment.

“This is Rion, Steven, Hope and Jacob’s day, so it was just an honor to be a part of it,” Catanzaro said. “I really liked hearing all of them speak, the videos were pretty cool that Dylan (ClemsonLIFE student) put together though. I didn’t have one favorite part, it was really just an incredible ceremony.”

The ClemsonLIFE program is heavily integrated within Clemson’s Athletic Department as well. Many of the program’s students, including two of the 2016 graduates, work alongside the different sports teams as assistants. Banks spoke highly of her time spent working with the women’s basketball team, and Fleming was honored for his time assisting the men’s basketball team. 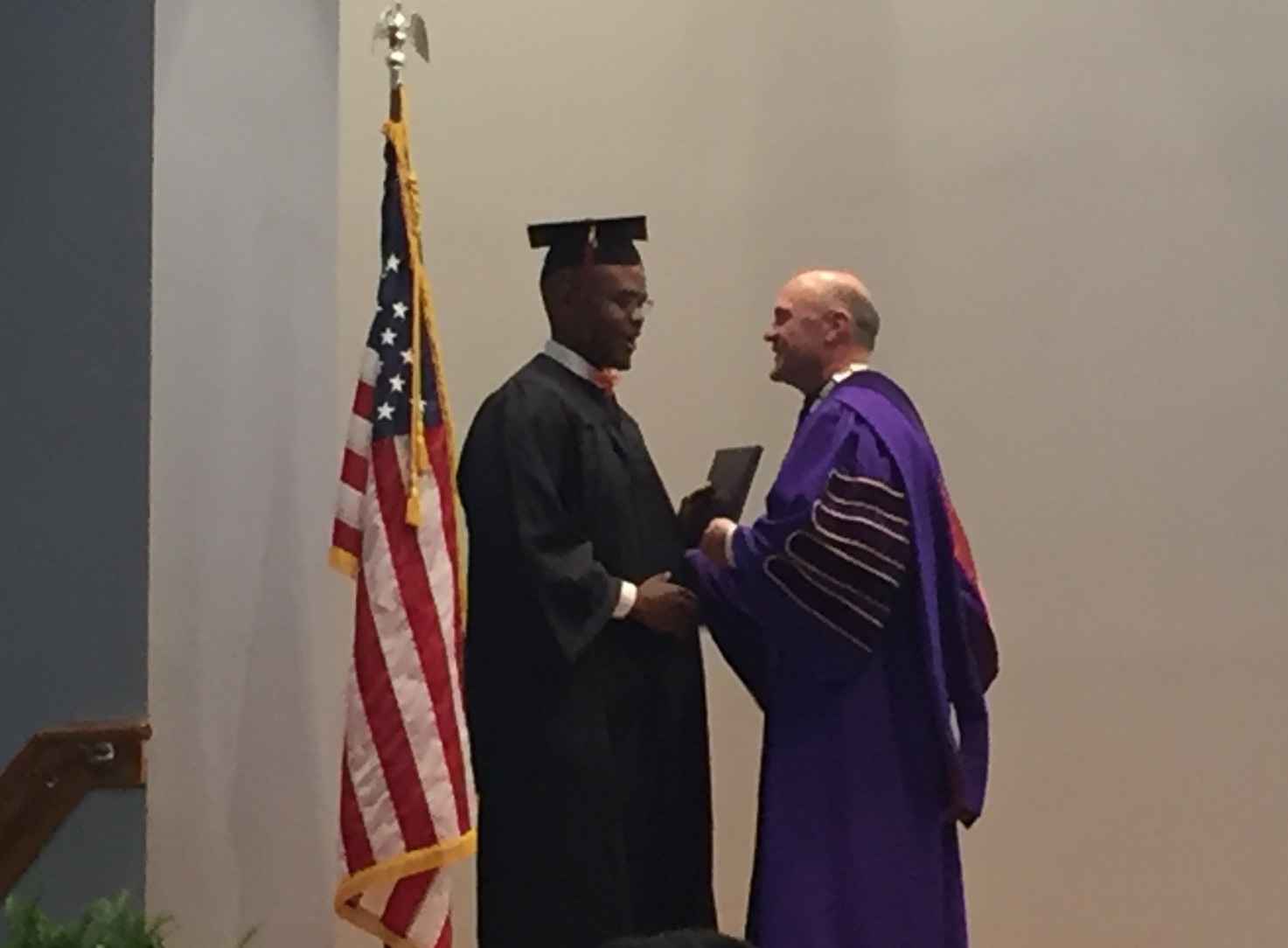 Catanzaro mentioned in his speech how much the ClemsonLIFE football assistant, David Saville, impacted his life and how much he appreciated having Saville and other ClemsonLIFE students involved in the athletic department.

“I had a good relationship with David Saville through football,” Catanzaro said. “I have gotten to know Dave on a deeper level. I have not really gotten to know any of the other ClemsonLIFE students that well, but it is just a special group. It is just a testament to how awesome this program is that Clemson has put together.”

Catanzaro mentioned in his speech Saville was always there to support him whether he made the kick or not. Saville’s love for the team and the players continues to make lasting impressions of what is truly important in life.

“Football practice, it can be a grind. Guys can have tough days in the classroom,” Catanzaro said. “We have long days, but every time we see David he gives us a big hug before practice every day with a big smile on his face. It just reminds us what life is all about, appreciating the little blessings in life. It was really cool to have David be such a big part of the Clemson Football program.”

Saville and the Clemson LIFE students taught Catanzaro many lessons, but the most important thing the NFL kicker has learned is to appreciate the simple joys of life.

“Just gratitude, being thankful for the smallest blessings in life. These guys, they face adversity greater than a missed field goal and they handle it with dignity and grace. It really inspires me,” Catanzaro said. “David is just so thankful to have friends and be able to love people. It just puts a whole different perspective on life for me.”

Although Catanzaro spends most of his time far from the ClemsonLIFE program, he still finds ways to give back to his new community in Phoenix, Ariz. Catanzaro enjoys visiting homeless shelters, spending time with kids at the Phoenix Hospital and participating in the NFL Play 60 events.

“I just try to give back to the community that has given so much to me, but Tiger Town is home and I am going to be a lifetime supporter of this program. It is really special what they have going on here,” Catanzaro said.

Catanzaro is enjoying his time out in Arizona, but for him, Clemson will always be the place he calls home.

“Clemson is always home. I miss it. I’m loving Phoenix, but it is always good to get back to Tiger Town. This is home for me,” he said.