Patrick Andrews is finally back to full strength after suffering a season-ending elbow injury in 2014 that required Tommy John surgery and forced him to miss all of the 2015 season.

That he is entirely healthy once again was evident against Wake Forest in the ACC Tournament on Saturday, when he pitched arguably his best game of the season in a crucial situation with Clemson playing for a berth in the ACC Championship Game.

After entering the game in relief of starter Alex Eubanks, Andrews logged a season-high-tying 3.1 innings of scoreless baseball while allowing the Tigers to overcome a three-run deficit and tie the game.

The rest, as they say, is history. Clemson went on to score the go-ahead run in the top of the ninth, earn a spot in the title game and eventually win the conference crown.

“We’re on a great run,” Andrews said. “Everybody’s playing hot, we believe in each other, we’re looking forward to what comes next and we’re excited to get back on the field.”

Though Andrews may have just been getting comfortable throwing in a high-leverage situation, his focus was on working with pace so Clemson’s hitters could get comfortable at the plate.

“I just needed to settle the game down,” Andrews said of his performance. “I wanted to give our hitters a chance to get back in the dugout as quick as they could. I wanted them to get comfortable at bat.

“I know, as a pitching staff, if we can give our hitters a chance to get comfortable, they’re going to score some runs for us, so the biggest thing is to get out there, let the hitters settle down, let them know that we’ve got the game in control and eventually when we score, we’re going to take the lead.”

Andrews was handled carefully early in the season as he continued to work his way back from injury. He made his first appearance of the season at The Citadel on March 15, and then pitched only 11 total innings across 12 appearances before tossing 3.1 innings without yielding a hit against the College of Charleston on May 10.

“I think they did a great job handling me from the beginning,” Andrews said. “They wanted to put me in a position to succeed. They didn’t want to run me out there when I wasn’t fully ready, and they wanted to make sure they brought me along slow and worked me back in.”

Clemson pitching coach Andrew See said he could tell Andrews was all the way back about three or four weeks ago by the life on his fastball, which was in the 80-89 miles-per-hour range at the beginning of the season but now consistently sits in the low 90s.

“He’s done a really good job in between his outings, managing his arm care, his strength training and his long toss,” See said. “You can really tell that he’s getting stronger at this point for sure.”

Now that Andrews proved he is more than capable of handling a pressure-packed situation, See and head coach Monte Lee won’t hesitate to bring him in if needed in the regional that begins versus Western Carolina at 7 p.m. Friday.

“We’re going to use him a lot here,” See said. “He’s going to be a key piece of the puzzle, and his performance really showed us that we can use him in certain situations moving forward.” 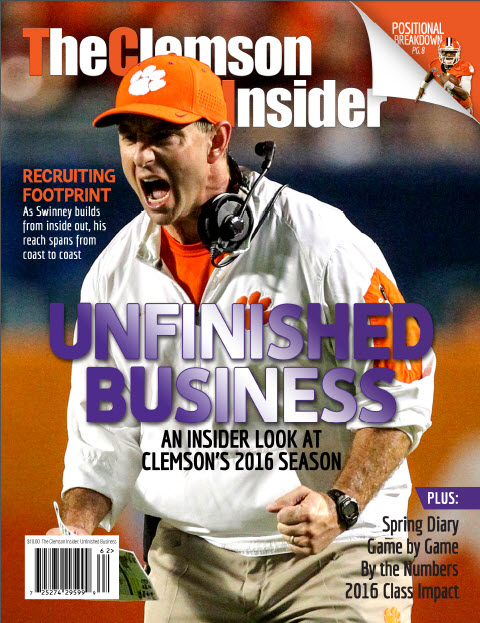 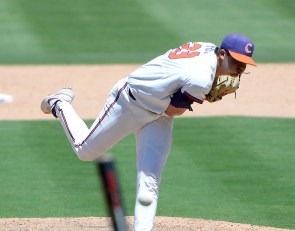 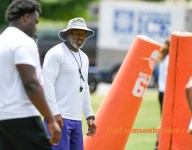