His wife Betty was there for the dedication on Wednesday.  The facility will now be called the Poe Indoor Facility. 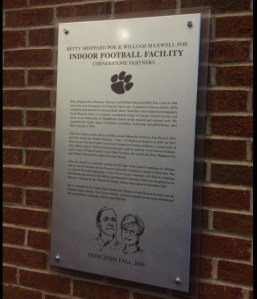