Clemson Football: Tajh Boyd had one of the greatest performances in ACC history as he accounted for 8 touchdowns, had 531 total yards in a Tigers win over NC State. Enjoy a look back at history in this ACC Hidden Gem. 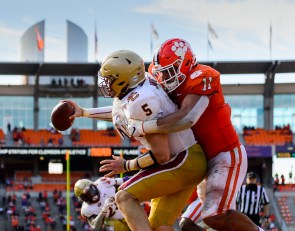