The two prospects are ranked No. 1 and No. 2 in the state of South Carolina by 247Sports, and both were on Clemson’s campus this weekend for Saturday’s Junior Day.

Clemson gave Kendrick his first offer following an impressive performance at the Dabo Swinney Camp in June 2015, and he chose the Tigers over more than a dozen other offers including ones from Alabama, Auburn, Florida, Florida State, Georgia, South Carolina and Tennessee.

The consensus top-150 prospect led South Pointe to the Class 4A state title in 2016 as the team’s quarterback, but he is expected to play receiver at Clemson. 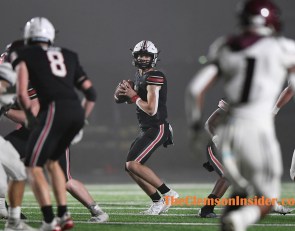