Ladson, a 2019 prospect, de-committed from Florida on Tuesday. He had been a Gators pledge since March.

In 10 games this season, Ladson had 25 catches for 554 yards and seven touchdowns. He is ranked among the top 150 prospects in the 2019 class regardless of position.

Ladson is teammates with 2019 four-star athlete Tyrique Stevenson, who reported an offer from Clemson on Monday before de-committing from Florida on Tuesday as well. 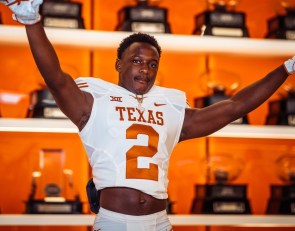