Looking Ahead is a feature The Clemson Insider releases from time to time to take a look at where the Tigers stand with targets in the 2019 class.

In this article, we look at some of Clemson’s cornerback prospects:

Booth’s stock skyrocketed in the spring and summer when he received more than a dozen offers. He impressed at the Dabo Swinney Camp in June before collecting an offer from Clemson a month later. Georgia, Alabama, Auburn and Ohio State all followed with offers within the next week and a half.

Booth (pictured above) returned to Clemson for each of the Tigers’ first three games this season. After his visit for the Kent State game in September, Booth told TCI that Clemson was “definitely at the top” of his list. “Any time I go there, I feel like family,” he said. “It’s only an hour and a half away, and the atmosphere is great. Who wouldn’t want to go out there and make a huge play.”

Booth (6-0, 180) is also high on Alabama and Ohio State and visited both schools this season as well. He is ranked among the top 10 cornerbacks and top 100 prospects for 2019.

Simpson — a top-250 prospect for 2019 regardless of position — competed at the Swinney Camp in June 2016 before receiving an offer from Clemson this past August. He visited Clemson for the Auburn game in September and was thoroughly impressed by the Tigers. 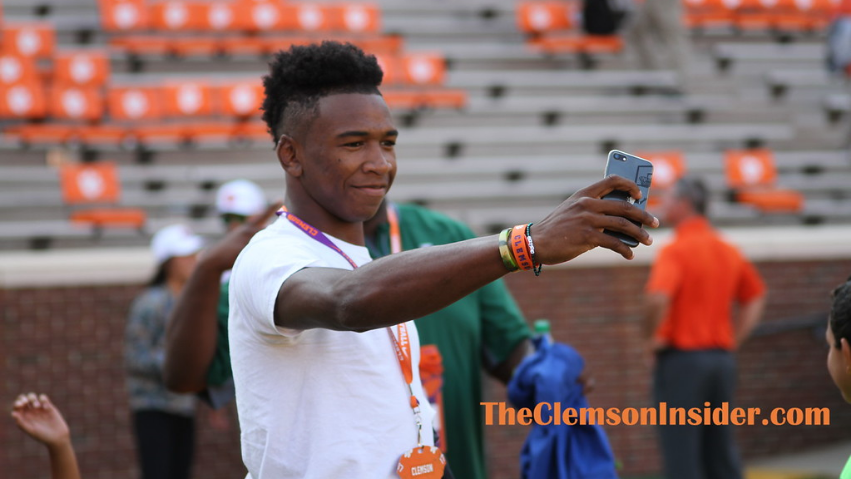 Kelly is no stranger to Clemson, having made several stops there since the summer. He gained an offer from Clemson a couple of weeks after visiting campus for the first time in June. He returned three times this fall including for the Florida State game last month. It was his first game-day experience at Clemson, and he raved about it in an interview with TCI afterward. “The environment, the coaches, the players and the energy was out of this world,” Kelly said.

Alabama, Georgia, Notre Dame, Ohio State, Penn State and Virginia also hosted Kelly for visits this season. He told us he plans to commit sometime before his senior season in 2018. Clemson is a major contender for the highly regarded defender. The Tigers view him as a hybrid defensive back capable of playing safety and nickel as well. 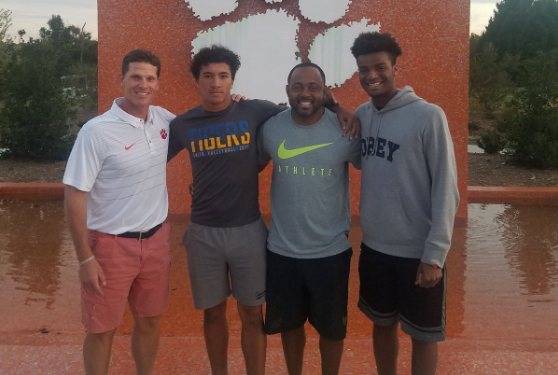 Cam’Ron Kelly during a visit to Clemson in October

Dent and Stevenson both added offers from Clemson last week, while Turner and Williams scored Clemson offers over the summer. Fields is the brother of Clemson cornerback Mark Fields. Bailey, the son of former NFL cornerback Champ Bailey, visited Clemson a couple of times this season. Clemson hosted Alexander for the Boston College game in September, and Otey for the Wake Forest game in October.