Another prospect from IMG Academy the Tigers have their eyes on is talented 2019 cornerback Chris Shearin, who told TCI recently that he had been hearing regularly from Clemson defensive coordinator Brent Venables, cornerbacks coach Mike Reed and area recruiter Tony Elliott.

“(They tell me) just keep doing what I’m doing and things will fall into place,” Shearin said.

Before transferring to IMG Academy in January, Shearin did nothing but produce for King’s Fork High School in Suffolk, Va. In 2017, the junior was a first-team All-Tidewater selection who intercepted four passes and helped King’s Fork to its best record (11-2) in program history as well as a share of the Southeastern District title.

Shearin (5-11, 177) feels his move to IMG will help prepare him for the competition he’ll face at the next level.

“Competition breeds excellence,” he said. “I get the chance to compete with the best in the nation every day at practice.”

Shearin has picked up Power Five offers from Virginia, Maryland, Duke, West Virginia and Rutgers, while he has communicated with schools such as Missouri, Georgia Tech and Auburn along with Clemson.

“I love them,” he said. “They always have a type of energy and enthusiasm towards everything they do.”

It’s early in Shearin’s recruitment, and he said “everybody is in the race.”

An offer from Clemson in the future would certainly be significant for him.

“It would mean the world to me,” he said.

Shearin impressed Clemson’s staff at the Dabo Swinney Camp last summer and said he is considering camping at Clemson again in June. 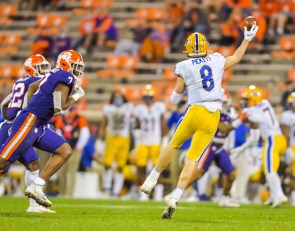 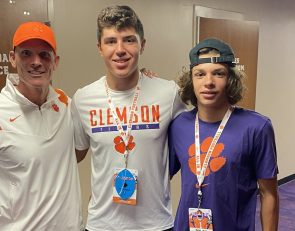