Tigers strike first in the second

Tigers strike first in the second

Second-ranked Clemson took an early 1-0 lead against No. 10 NC State in the bottom of the second inning on Saturday afternoon at Doug Kingsmore Stadium.

Seth Beer and Drew Wharton both walked to lead off the frame before moving to second and third on a sacrifice bunt from Grayson Byrd. Following a Drew Donathan walk that loaded the bases, sophomore catcher Kyle Wilkie hit a sharp single to left-center field, driving in Beer for the Tigers’ first run.

NC State pitcher Brian Brown bounced back to strike out the next two batters with the bases loaded and get out of the jam with only one run allowed. 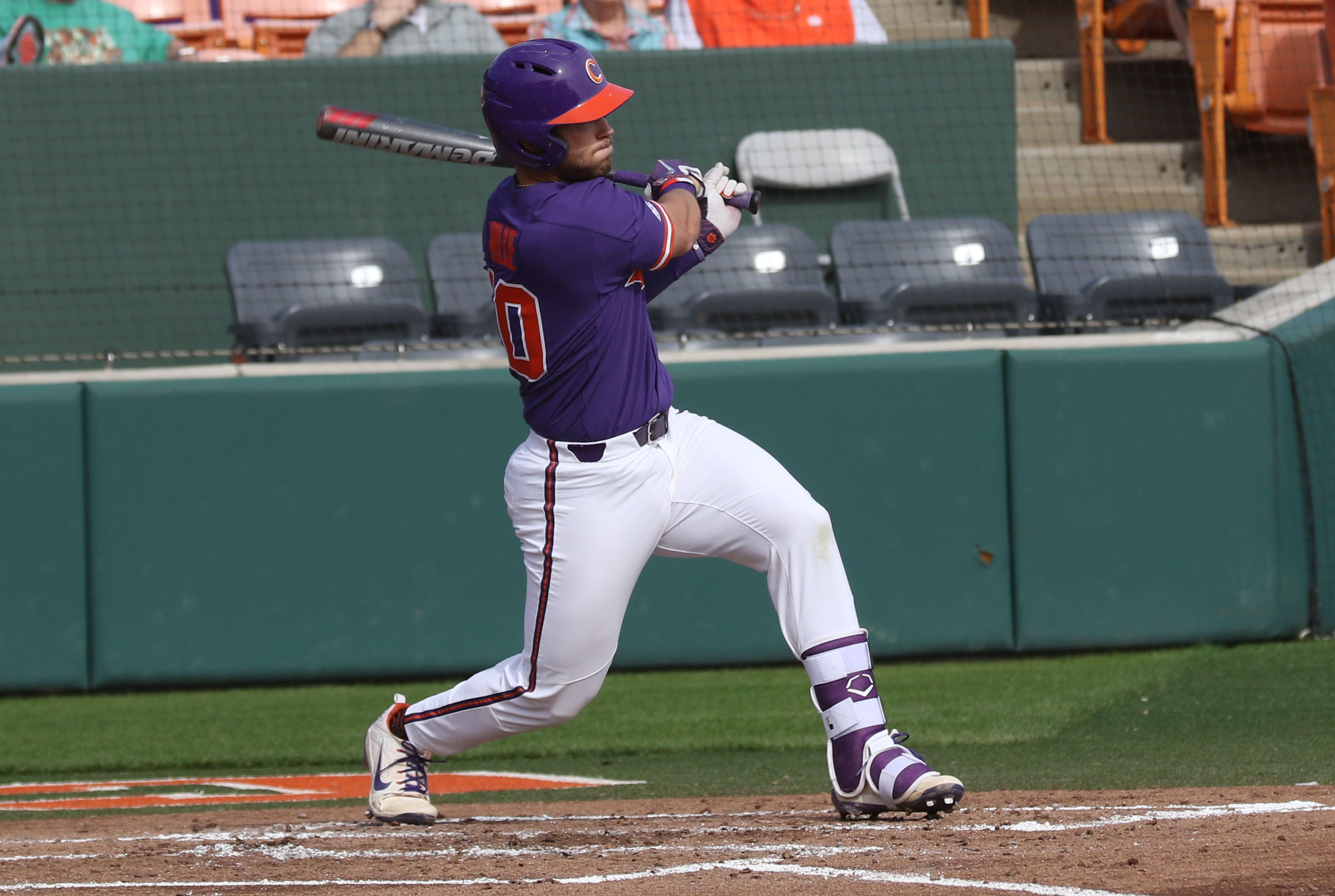