Jennings, a class of 2019 prospect, attended the Tigers’ junior day on March 3.

It marked the second unofficial visit to Clemson for Jennings, the stepbrother of Clemson defensive back and fellow Highland Springs product K’Von Wallace.

“It was a great visit,” Jennings told The Clemson Insider. “Best one yet. It’s like home to me already since my brother goes there.”

“It was amazing,” he added. “No place like Clemson.”

As a junior in 2017, Jennings earned all-region and all-state honors after recording 47 receptions for 709 yards and 13 touchdowns.

“They reached out and asked me down (to visit) after the season,” Jennings said. “I got to speak with coach Scott about my fit and skill set because they like my film.”

The conversation ultimately led to Jennings’ junior day visit, during which he spent the most time with Scott and Brandon Streeter, his area recruiter.

“Coach (Swinney) said if I’m anything like my brother I won’t have anything to worry about,” Jennings said. “They love him so they have high expectations for me as a person and a player. (He said) just stay ready and keep working hard. They love my film.” 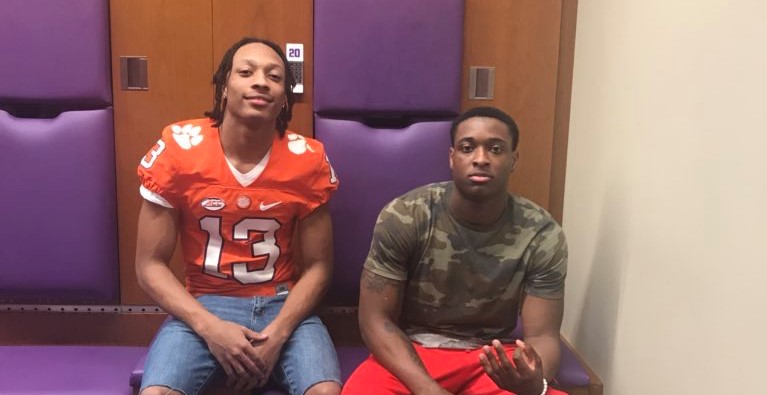 Navy gave Jennings his first scholarship offer in December, and Army extended an offer on Thursday.

An offer from Clemson in the future would be huge for Jennings, who says it is his favorite school.

“Clemson is clearly leading the pack, from the family atmosphere and all the just good genuine people to the staff to the school,” he said. “And of course I want to play in Death Valley!”

Jennings has been invited back to Clemson and plans to return but hasn’t yet set a date for the next visit. Prior to the junior day visit, he made an unofficial visit to Clemson in late February.

Besides Clemson, Jennings has been to Virginia Tech, South Carolina, Temple, Richmond and James Madison as a recruit. He has upcoming visits scheduled to Tennessee, Georgia and Ohio State.