Clemson will play host to a pair of top prospects from the same school next week.

“We will be in Clemson Wednesday,” Bowman (pictured above) told The Clemson Insider.

It will mark the first visit to Clemson for both Zipperer and Bowman since they were on campus for the Florida State game last November.

“That game was outstanding,” Bowman recalled. “And then celebrating with the team after the game in the locker room, that was pretty fun. But I really liked watching the game and talking to some of the players like Travis (Etienne) and (Tavien) Feaster. They’re pretty cool dudes.”

Bowman (5-11, 185) is excited about returning to Clemson for another visit.

“I’m looking forward to it a lot,” he said. “I just (want) to look more at the school, talk to some more of the players and just watch the practice, see how the practice is and stuff like that.”

Bowman is looking to narrow down his recruitment after his junior season and hoping to see an offer from Clemson come his way before then.

“I really like Clemson a lot,” he said. “(An offer) would mean a lot because Clemson is a very good school and they have a very (large) amount of good talent. Talented backs and players all come through Clemson, like Ray-Ray McCloud, who’s pretty local, who’s from around Lakeland.”

Among the schools that have offered him, Bowman said Georgia, Alabama, Miami, Tennessee and Florida State are standing out right now.

Zipperer (6-3, 232) competed at the Dabo Swinney Camp last June before earning an offer from Clemson in August.

“Keon, he talks about the training facilities. He likes it a lot,” Bowman said. “He said he likes Clemson and he said it’s one of his favorites.” 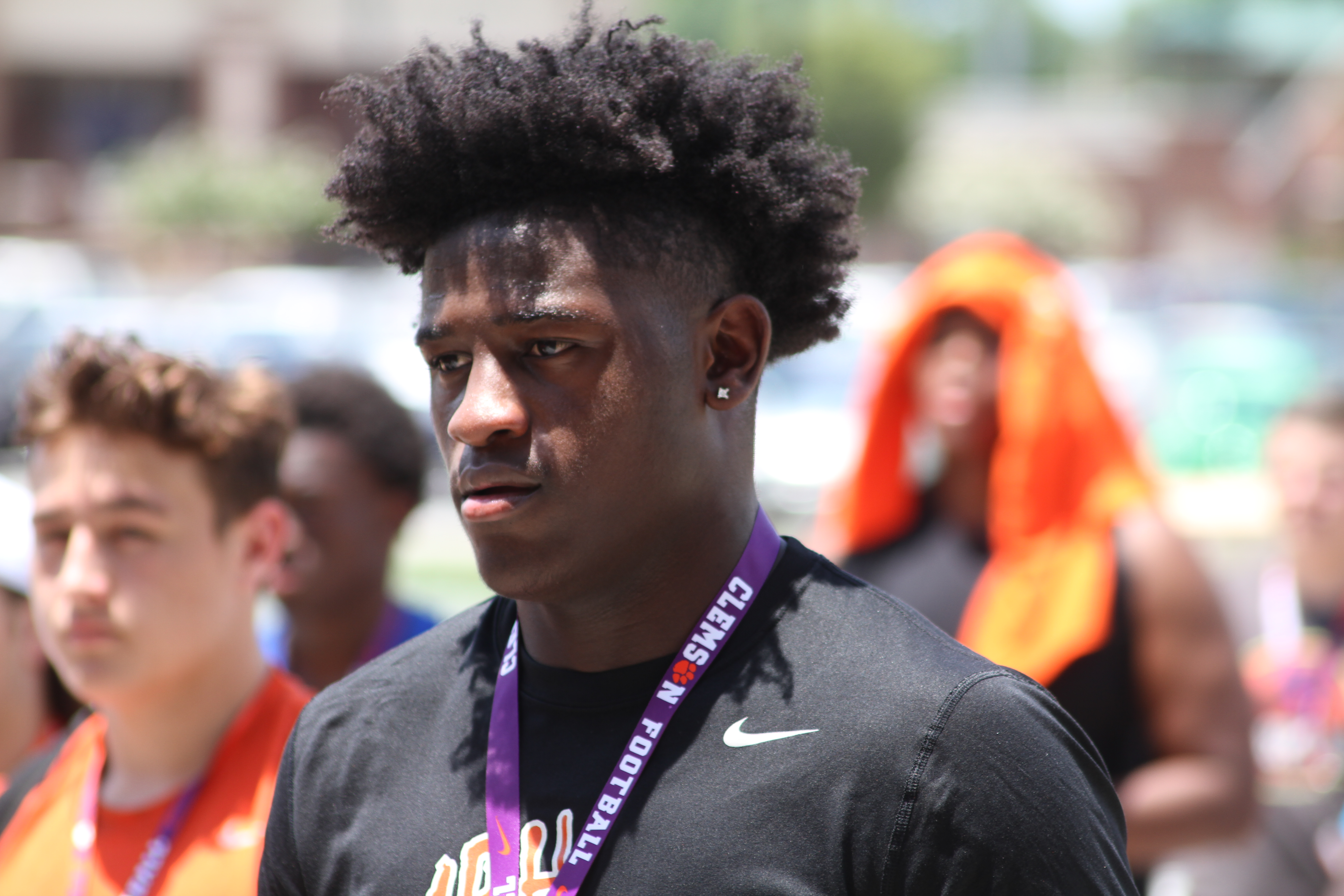 Keon Zipperer at the Dabo Swinney Camp in June 2017