GREENVILLE, SC – Seth Beer did it again for the Tigers.

Clemson added to their lead in the fourth.  With two outs Patrick Cromwell walked and advanced to second on a wild pitch.  After Renwick walked Weatherly hit a single to left to score Cromwell.  It was Weatherly’s first hit and RBI as a Tiger.  Logan Davidson walked to load the bases.  Jordan Greene reached on an error by the third baseman scoring Renwick.  Seth Beer then hit a grand slam to right center.

After four the Tigers led 8-0. 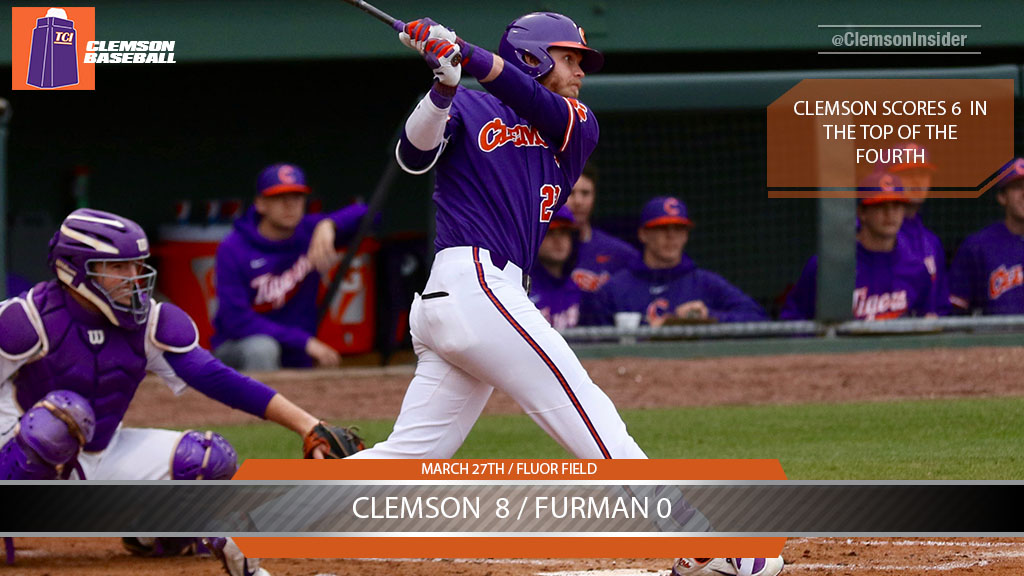