As a sophomore in 2017, Ringo recorded 24 tackles including an interception and was named first-team all-region/league.

Ringo recently received an invitation to play in the 2020 U.S. Army All-American Bowl.

I am unable to explain how blessed and excited I am to announce that I have received an offer from Clemson university 🙏🙏 pic.twitter.com/48rGIRpT6P 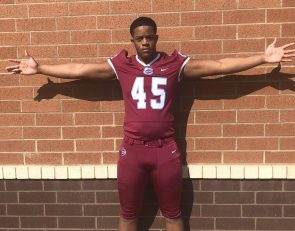