One prospect for Clemson fans to keep an eye on in the future is Loganville (Ga.) Grayson’s Phil Mafah.

The talented sophomore running back was invited to attend the Tigers’ game vs. Georgia Southern at Death Valley two weeks ago.

“I really enjoyed the visit,” Mafah said. “The atmosphere was great, there were great fans, the stadium was nice and the coaches there were very friendly. It really felt a family type of vibe.”

Mafah (6-1, 210) said the overall highlight of his experience was “definitely getting to know some of the coaches.”

“They talked to me about how school was, my life at home, how my football team was looking and the Clemson football program,” he said.

Mafah spent a lot of time with Clemson assistant Mickey Conn, whom he has known since he started playing football in the third grade.

Conn, Mafah’s area recruiter, was the head coach at Grayson High School for 16 seasons before coming to Clemson in 2016.

“I really look up to him because he works hard, is a great coach and a great person in general,” Mafah said. “He really is a father type of figure to me because he cares about me.” 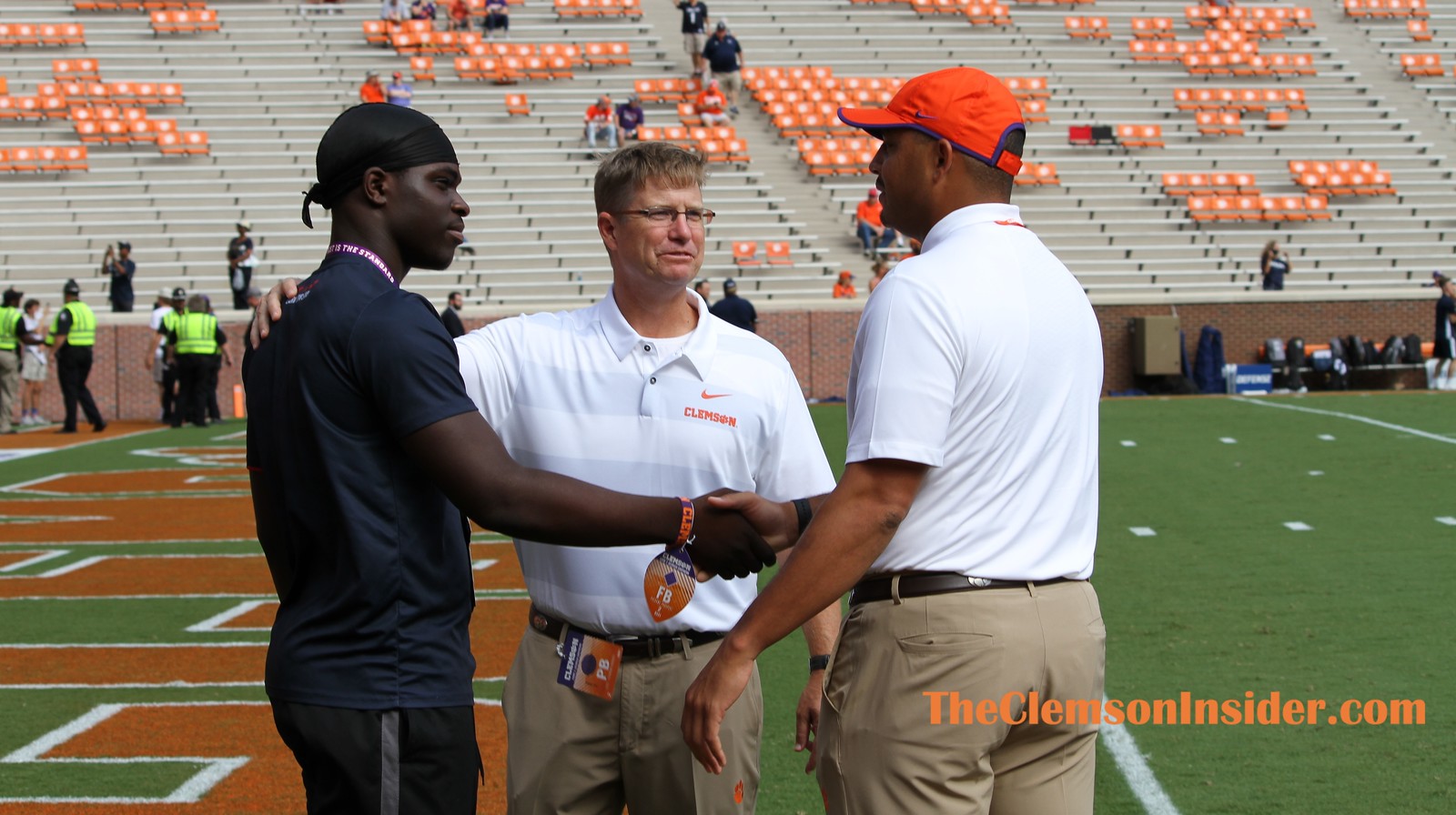 Before Clemson’s victory over Georgia Southern, Mafah was taken around by Conn and introduced to some of the other coaches.

“He was telling all the coaches about my talents,” Mafah said, “and he just says to keep it up and things will work in my favor.”

Georgia and Michigan State are among other schools showing early interest in Mafah, a member of the Class of 2021.

Asked if he has any dream offers he is hoping to earn in the future, Mafah cited one school.

Mafah rushed for 51 yards on four carries in the first half of Grayson’s game against Colquitt County (Norman Park, Ga.) last Friday, including a 31-yard run for a touchdown.

It's @PhilMafah1 with the TOUCHDOWN!
The top two teams in the state faced off on the football field tonight. @CCPackersFball vs. @grayson_fb and other top matchups at 11:20 on @wsbtv. Check scores: https://t.co/3E1aFD7yge pic.twitter.com/dh1ATGfRvm