It’s a big recruiting weekend for Clemson as the Tigers will play host to a number of top prospects for Saturday’s game vs. Syracuse at Death Valley, including a priority 2019 target.

Apopka (Fla.) Wekiva four-star defensive tackle Tyler Davis is expected to make his official visit to Clemson this weekend, TCI has confirmed. He is ranked as high as the No. 7 defensive tackle and No. 61 overall prospect in the 2019 class per ESPN. Florida State stands as the Tigers’ biggest competition, and he took an official visit with the Seminoles for their Sept. 8 game vs. Samford.

Clemson offered Davis in February and has recruited him hard since. He previously visited Clemson to work out during the Dabo Swinney Camp in June. 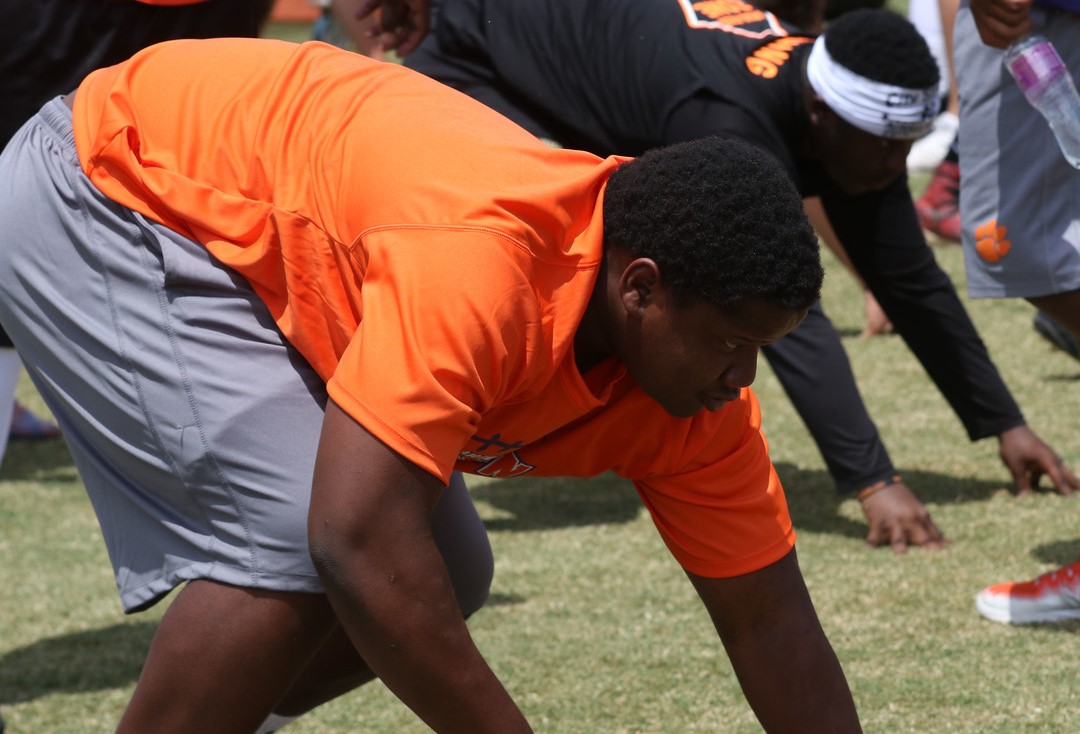 Tyler Davis at the Dabo Swinney Camp in June

Williams is a former teammate of Clemson freshman wide receiver Justyn Ross and current teammate of Clemson 2019 safety commitment Ray Thornton, who is expected to visit for Saturday’s game as well. Williams received an offer from Clemson in August and also attended the Tigers’ season opener vs. Furman on Sept. 1. He told TCI after the visit that Clemson and Auburn were the co-leaders in his recruitment. Georgia, LSU, Florida, Mississippi State, Ole Miss and Virginia have offered as well.

Nixon, meanwhile, will make his first game-day visit to Clemson since last fall. The 6-foot-4, 205-pound sophomore did visit in June to compete at the Swinney Camp and attended a spring practice in April as well. He has already received offers from Auburn, Florida, Florida State, Georgia, Ohio State, South Carolina, Tennessee, Mississippi State, Ole Miss and Louisville. 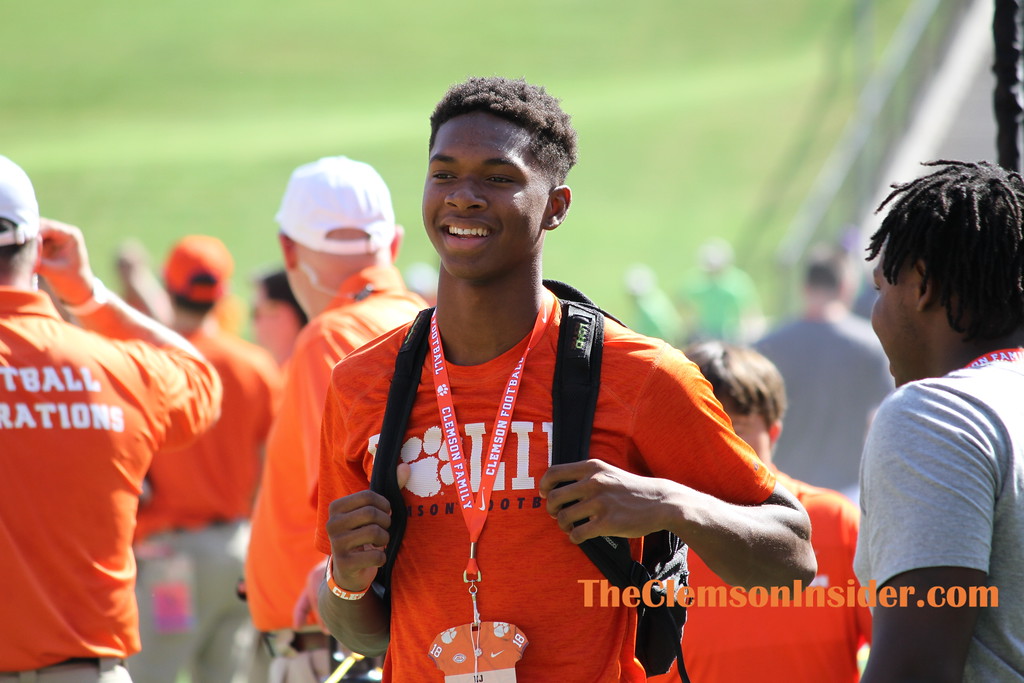 Irmo (S.C.) Dutch Fork 2020 wide receiver Jalin Hyatt had originally planned to visit again Saturday but told TCI he will not make it in, though he intends to attend the Tigers’ next home game vs. NC State on Oct. 20. Hyatt was at each of Clemson’s first two home games vs. Furman and Georgia Southern.

Dawson most recently visited Clemson for the All In Cookout in July after receiving an offer from Clemson following his three-day stay during the Swinney Camp in June.

Ward’s high school team is on a bye week, so he told TCI that he will arrive to campus Friday to tour the campus and spend time with the coaching staff and players ahead of Saturday’s game. He was invited to visit by offensive line coach Robbie Caldwell, who traveled to check out Ward during the spring evaluation period. Ward will be accompanied on the visit by his mother and father, former LSU offensive lineman Brian Ward. The younger Ward owns offers from LSU, Florida, Tennessee, Mississippi State, Missouri, Ole Miss, Iowa, North Carolina, Oregon and others. 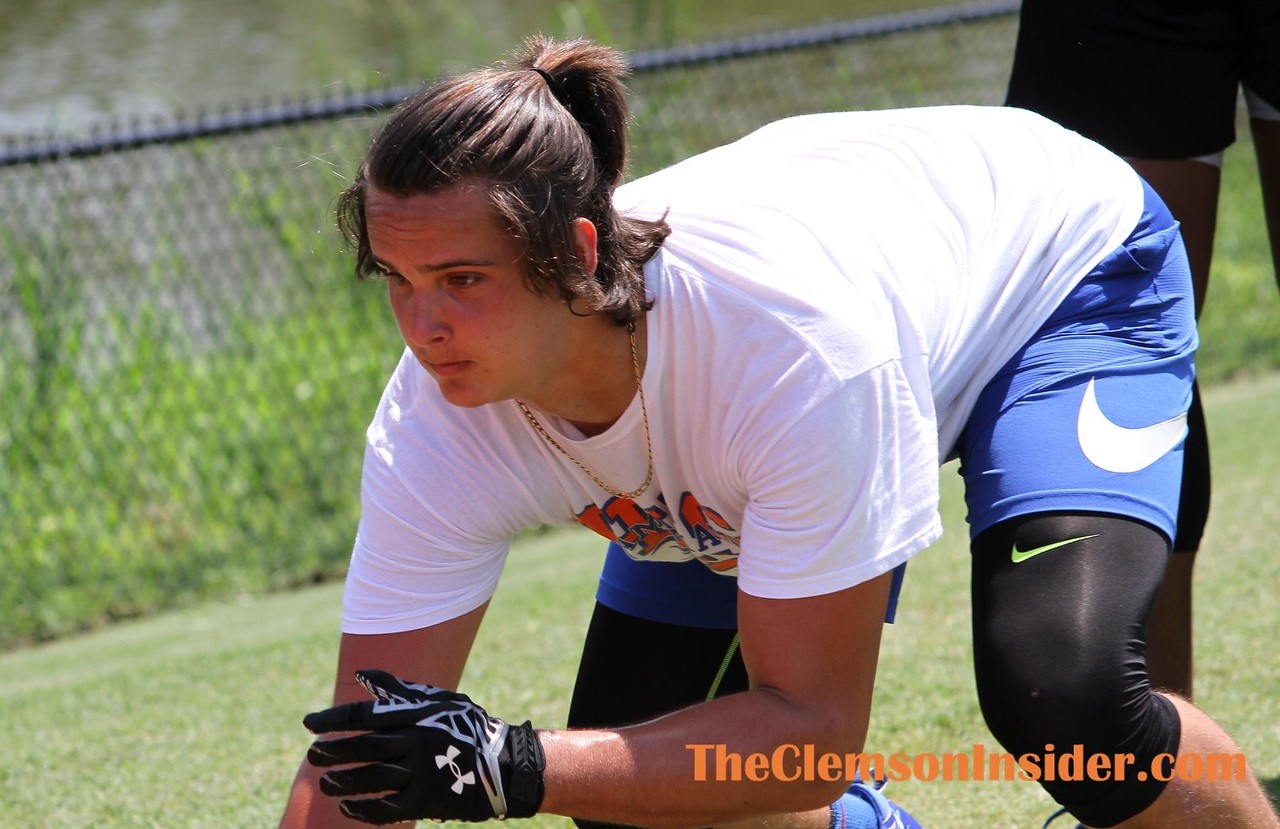 Cooper Dawson at the Swinney Camp in June

A couple of notable in-state prospects are expected to be on hand for the Syracuse game as well in Duncan (S.C.) Byrnes 2020 running back Rahjai Harris and Taylors (S.C.) Eastside 2020 center/long-snapper Alex Shirley.

As always, visitor lists are subject to change and we will keep you updated on any potential additions or scratches. Stay tuned to TCI for the latest in Clemson recruiting.