The Tigers came into the match with four wins and a draw, most recently losing their four-game shutout streak Friday against the Oregon Ducks and earning their first draw of the 2019 season. Goals from veterans Mariana Speckmaier and Dani Antieau helped propel the 12th-ranked Tigers to their fourth win.

“We have a great group of kids and a very fit team,” head coach Eddie Radwanski told The Clemson Insider. “It was a good challenge today. We were playing a good Georgia team from the SEC and they had an extra day’s rest, which is always a little bit of a challenge, and this weekend’s games were extremely hot. Overall, I was really proud of our performance.”

Clemson got the scoring started Sunday with a goal from the junior forward Speckmaier, her fifth goal of the season. The Tigers led the match at the half 1-0.

In the second half, the senior Antieau scored the Tigers’ second goal of the game in the 47th minute. Georgia finally had an answer late in the second period, with freshman forward Chloe Chapman netting one in the for Bulldogs.

With Sunday’s win against Georgia, Clemson improves to 4-0-1 on the season and extends their winning streak against the Bulldogs to four.

“We probably could have made the game a little easier. Constructively, we probably should have put a few more goals away, but we have to learn from that. At the end of the day we won, and to play two games on the weekend while dealing with the heat, quick turnover and getting that result, it’s a positive.”

The Tigers are back at Riggs Field in Clemson next Sunday, Sept. 15 to take on in-state rival South Carolina with kickoff set for 6 p.m. 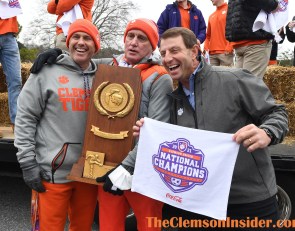 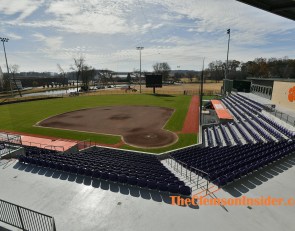