The Tigers (5-0) are ranked No. 2 in the latest rankings although they still received the most first place votes following their 21-20 win at North Carolina on Saturday. Clemson had been ranked No. 1 in the first five polls of the season. 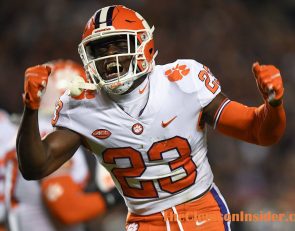