Could a Clemson-Florida Football Series be in the works?

Could a Clemson-Florida Football Series be in the works?

Stricklin tweeted Tuesday evening he was looking to add an additional home-and-home series against another Power 5 school, which Radakovich responded with “Call me!”

Radakovich offered up the years 2037 and 2038 as a possible home-and-home series.

Hey @ScottStricklin …. Call me !Clemson would enjoy a visit to the Swamp and I am sure the Gators would like a visit to the original Death Valley…37-38?? pic.twitter.com/kuXvQ5W0yF

The Tigers also play Georgia in 2024 in a neutral site game in Atlanta.

The 2037 game is an interesting year for Radakovich to throw out because Clemson is already scheduled to host Notre Dame that year and then visit Columbia to play the Gamecocks. Adding Florida would have to be a home game in 2037 because the Tigers could return the favor the next year and visit the Gators in the Swamp.

Clemson will host South Carolina in 2038, which generally means the Tigers will visit another Power 5 school on those years they host the Gamecocks at Death Valley.

Also, if Florida and Clemson agree to play in the years Radakovich suggested, it would mean Clemson would play three Power 5 teams in 2037 – Notre Dame, Florida and South Carolina.

Clemson and Florida have meet just 13 times on the gridiron, but they have not faced each other since 1961. They have played at Clemson just twice (1911 and 1925) but have never faced each other at Memorial Stadium. 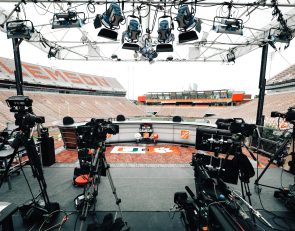 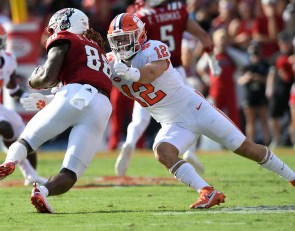