When the Tigers recruit, they are not only trying to get great players but also looking to find “Clemson men” who are the type of people that fit the culture there. 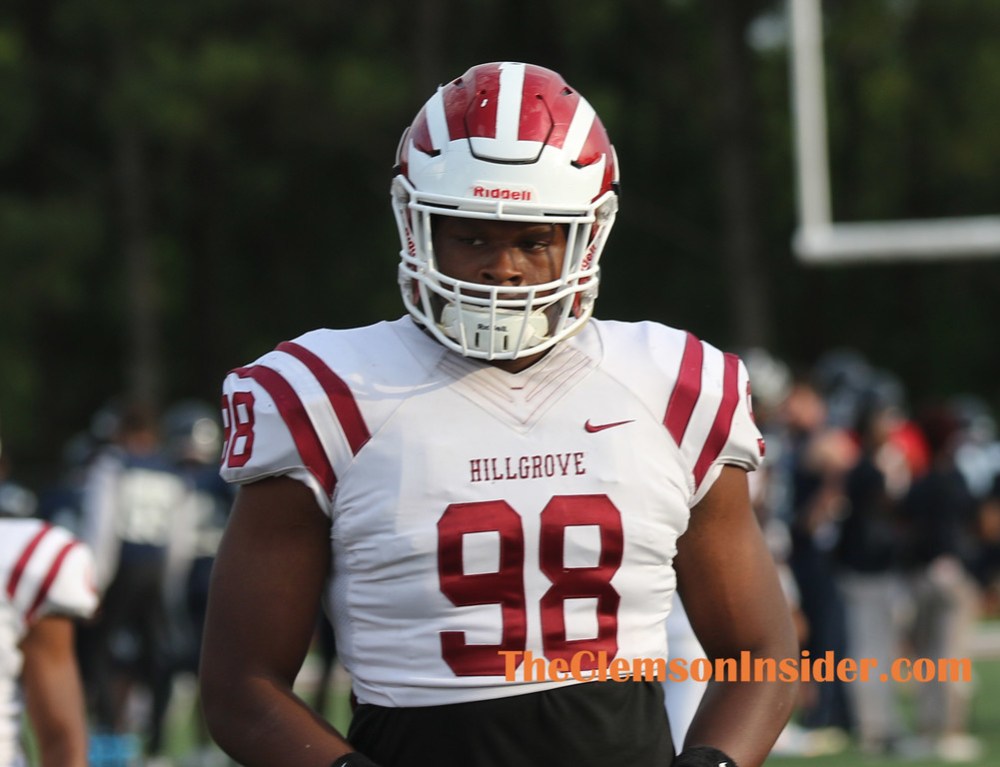 Murphy checks both of those boxes, according to defensive ends coach Lemanski Hall.

“He’s going to be perfect,” Hall said. “I’m excited about Myles Murphy. First time I met him and he came to our camp, we’re like, ‘Wow. Who is this guy?’ And just to be able to come in our room, he’s going to fit well. Long kid, can run, very physical, can rush the passer, coming from a great family. He’s definitely a Clemson fit.”

Both were members of the Tide’s national championship team in 1992, when Hall earned first-team All-SEC honors and was a UPI Honorable Mention All-American. He was captain of Alabama’s 1993 team and named to the Alabama All-Decade team for the 1990s.

Swinney commended Hall, who is in his second year as Clemson’s defensive ends coach, for the job he did recruiting Murphy.

“It’s not easy to go recruit those type of players,” Swinney said. “(Murphy) is from the state of Georgia, could have gone anywhere in the country. But Lemanski not only is going to coach him, but he recruited him and just did an amazing job. Last year was his first year to go out on the road. But you talk about getting off to a good start in his recruiting career, it’s special. …

“But for him to go out and be able to bring Myles Murphy to Clemson, that doesn’t just happen, and it’s not because they all like Coach Swinney. I just try to come alongside these guys and do my part. But man these guys, they get it done, and Lemanski did an amazing job going out and recruiting Myles.”