Like any freshman, Hunter Rayburn has had to get acclimated to college life, and at the same time has had to put in a lot of hard work to play football for Clemson.

With that said, the offensive lineman from Pensacola, Florida, really enjoyed his first year with the Tigers.

“It’s definitely been a grind – Power Hour and scout team and just going through the season – but it’s been a lot of fun,” Rayburn told The Clemson Insider recently. “It’s been a big adjustment, huge change from high school obviously. It’s been good.”

Rayburn, who enrolled last January, played only 40 snaps over four games this season while redshirting.

However, the former four-star prospect views his redshirt year as a positive when he looks back on it, given that it allowed him to get stronger while taking his time adjusting to the college level.

“Oh, absolutely. I think it’s been great for me,” he said. “I got to do Power Hour, so my weight room numbers went up a ton. Gave me time to slow down and not have as much pressure on me. It was great.”

Rayburn stands at 6-foot-4 and 320 pounds now after improving his bench press, squat and power clean marks with the help of strength and conditioning coach Joey Batson during the Tigers’ “Power Hour” in-season lifting sessions for redshirt and scout team players. 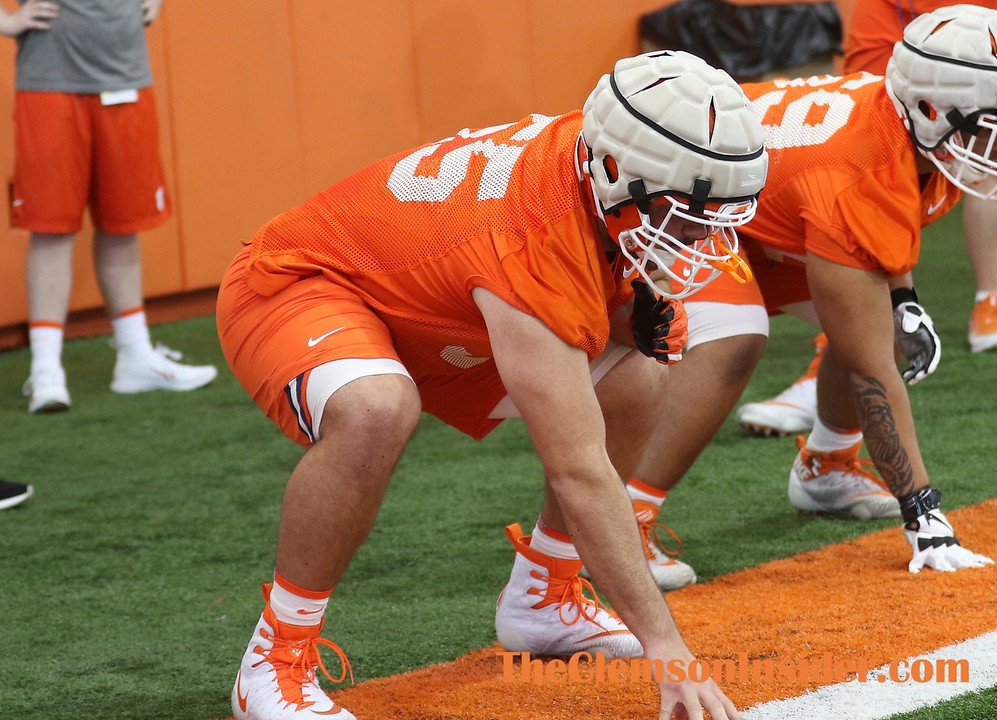 Meanwhile, the versatile O-lineman has been learning each of the five positions on the offensive front.

Looking ahead to next season, there may be an opportunity for Rayburn to fill in at center following the departure of senior starter Sean Pollard.

“We’ll see,” Rayburn said of potentially replacing Pollard. “We’ll see how the spring goes. I’m doing what I can to be as prepared as I can. But ultimately I’m just grinding.”

Rayburn played his first three years of high school ball at West Florida Tech before transferring to Pensacola for his senior year.

Playing for head coach Dabo Swinney is what Rayburn imagined it would be like when he committed to Swinney’s program on June 11, 2018.

Rayburn could hardly believe that in his first year as a Tiger, he got to suit up with a team that made it to the national championship game.

“It’s insane,” he said. “As a kid, you watch everyone play in the national championship game and that’s the dream. Now that you’re here, it almost doesn’t feel real – it doesn’t feel like you’re actually here because you’re just going through the season, preparing every week, doing what you can. You just lose track of time. So, it’s awesome.”

Rayburn told TCI that his true freshman year at Clemson “absolutely exceeded” his expectations coming in.

“I didn’t have a ton of expectations coming into college. Knew it was going to be a ton of work,” he said. “But just the amount of fun we get to have – like, I got to play church league softball – I don’t know any other school that lets you just do what you want to do in the spring. So, it’s been great.”