Conn excited about his talented replacements at safety

Conn excited about his talented replacements at safety

One position Clemson is tasked with reloading at on defense for next season is safety. The Tigers are losing seniors K’Von Wallace, Tanner Muse and Denzel Johnson along with versatile redshirt junior linebacker/safety Isaiah Simmons, who is expected to forgo his senior year and enter the 2020 NFL Draft.

Clemson also recently welcomed a couple of newcomers to the fold at safety in R.J. Mickens and Tyler Venables, both of whom signed in December and enrolled early this month.

“We decided to play Jalyn Phillips and Lannden and Joseph,” Clemson safeties coach Mickey Conn told The Clemson Insider recently. “We decided to play them on special teams, and we’ve had a lot of games where they’ve been able to get in and get a lot of reps. Didn’t want to do that with Ray because of the shoulder. Just didn’t want to be unfair to him.”

Zanders saw the most action of the true freshmen safeties, tallying 21 tackles (2.5 for loss), 2.0 sacks and a pass breakup in 112 snaps on defense.

The native of Shelby, N.C., played both safety and receiver when he was at Crest High School. As a senior in 2018, Zanders earned first-team all-conference honors after notching 51 tackles and five interceptions, returning two of them for touchdowns, while also recording 545 receiving yards and eight receiving touchdowns.

“Lannden, I love his instincts and his ball skills, man,” Conn said. “You see it when he gets in – he just flashes. He flies around, great ball skills, and really understands the game of football and works at it, man. I mean he works hard.”

Charleston also saw a good bit of action this season and posted 13 tackles in 92 snaps.

A former national top-150 prospect, Charleston had a team-best 83 tackles, nine tackles for loss, two caused fumbles and two interceptions as a senior at Milton (Ga.) High School in 2018.

“Joseph is a very physical player,” Conn said. “He’s got a lot of fast, short-area quickness. He changes direction really well, and he’ll hit. He’s got good ball skills as well, but he’s more of a thumper.”

Conn is also really excited about Phillips, a former four-star prospect who made seven tackles in 47 defensive snaps this season.

Phillips, a product of Archer High School in Lawrenceville, Ga., finished his career there with 198 tackles, including 127 solos and 71 assists.

The Tigers thought it was best to redshirt Thornton as he came to Clemson last January still nursing a shoulder injury suffered in high school that required surgery.

Thornton, who was teammates with Clemson receiver Justyn Ross at Central High School in Phenix City, Ala., possesses the combination of size and speed that coaches covet.

“He’s really fast,” Conn said. “He’s got good size to go with it. You’re talking about a kid that’s about 6-foot-2, 200 pounds and can run. He can really run. So, it’s going to be important on my part to get him to learn the defense so he knows where he’s running to. If I can do that and get him from point A to point B, he’s going to be in a good spot because he’s going to want to do it. He wants to do it, he wants to learn and he’s hungry. He’s as hungry as they come.”

Conn is also high on the potential of the newest additions to his safety room, Mickens and Venables.

Mickens, listed among the top defensive backs in the nation by many recruiting services, racked up 211 tackles, eight interceptions and 40 passes defenses during his career as a four-year starter at Southlake (Texas) Carroll High School.

His father, Ray Mickens, was an All-American defensive back at Texas A&M who went on to play in the NFL.

“I’m extremely excited because such a great kid and great fit for what we do,” Conn said of R.J. “R.J.’s going to benefit from our weight room and what we do in there. He’s going to put on some major size. Comes from a great high school and a great pedigree with his dad. But he’s extremely cerebral – smart, understands what to do. He understands coverages, he understands leverages, so he’s got a good base coming in, which I’m really excited about. Great ball skills, got great length, very long. Kind of reminds me a lot of Lannden Zanders.”

Last but not least, Conn is happy to have Tyler Venables, the son of Clemson defensive coordinator Brent Venables, on board as well.

A Mr. Football nominee in the state of South Carolina, Tyler played both quarterback and safety at Daniel High School, earning all-state honors as a defensive back in 2019 while also being named his region’s Offensive Player of the Year.

“Tyler Venables is a guy who’s a thumper,” Conn said. “This guy brings a lot of intensity, a lot like his dad. The fruit doesn’t fall far from the tree. But he’s got great short-area quickness, he’s got good speed and he’ll hit you, and that’s what we’ve got to have at safety. We’ve got to have some good tacklers, and he definitely brings that, and he brings the knowledge of the game, too.” 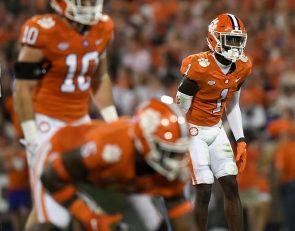 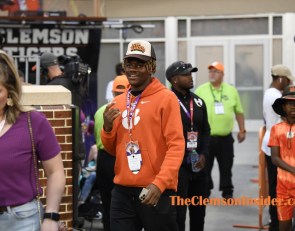 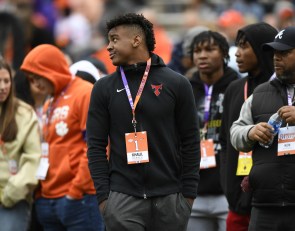 Clemson giving newly offered DB something to think about