Rodgers is ‘all gas, no brace’ this spring

Rodgers is ‘all gas, no brace’ this spring

Clemson head coach Dabo Swinney perfectly summed up the state of Amari Rodgers this spring, saying that the rising senior is “all gas, no brace.”

Now a year removed from the ACL tear he suffered last spring, Rodgers told reporters following Monday’s practice that he feels like a much different player as he goes through spring practice this year fully healthy and gets ready for his final season with the Tigers.

”I feel much freer,” Rodgers said. “I feel a lot faster, more explosive, because I feel like the brace was extra weight. So now I just feel lighter and I can play more free and I can play fast every single rep, so it’s definitely an advantage.” 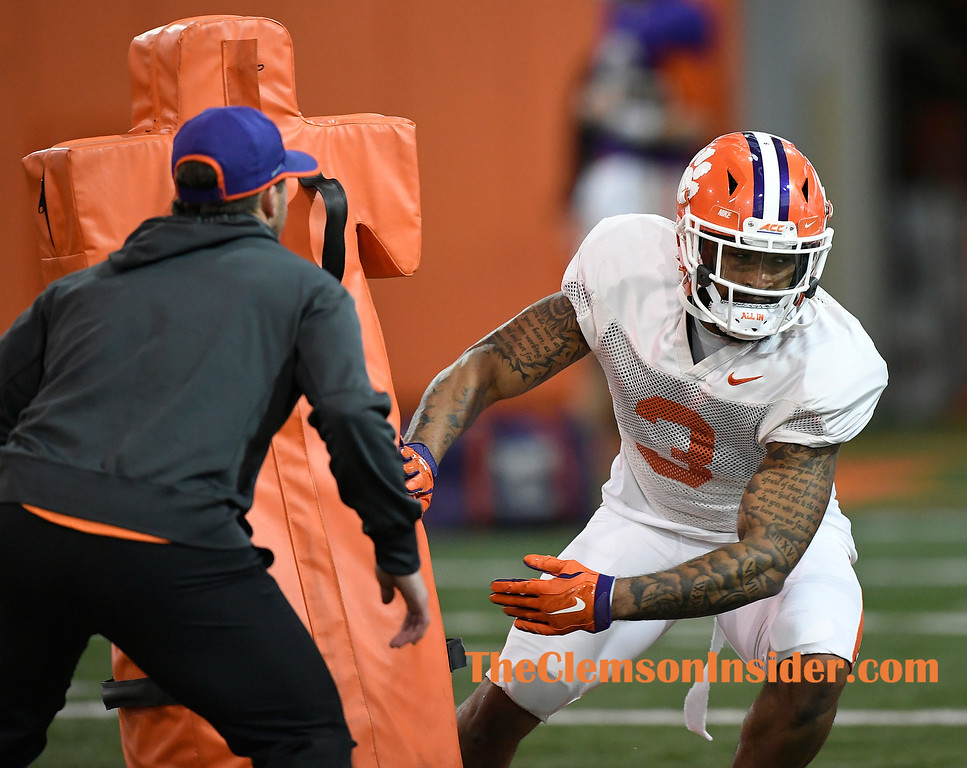 Rodgers made a remarkable comeback from the ACL injury last March, returning to game action just 166 days later in the second week of the 2019 season against Texas A&M. He went on to earn honorable mention All-ACC honors as both a wide receiver and an all-purpose player after catching 30 passes for 426 yards and four touchdowns, rushing twice for 50 yards and a score and also returning 18 punts for 151 yards.

While Rodgers could have declared for the 2020 NFL Draft following his junior season, he was intent on coming back for his senior year and is glad he made that decision, even as he watched some of his former teammates participate in the NFL Combine recently.

Rodgers has high hopes for his final campaign at Clemson and is putting in a lot of work to improve his game as a receiver while trying to be the best leader for his teammates that he can be.

“I’m working on more hip mobility stuff,” he said. “Coach (Tyler) Grisham has done a good job of making sure we do that before practice, and I’ve taken initiative to do extra after. So, I’m just trying to get my hip stronger so I can come out of breaks better and be more explosive with the ball in my hands. Also I’m always catching jugs, working on my hands every single day so I can catch every ball that comes my way. And also working on being a leader because I’m a senior now and a lot of guys look up to me. So just working on being a vocal leader and leading by example.”