In our Looking Ahead series, The Clemson Insider takes a position-by-position look at the top targets on the Tigers’ board for the 2021 class. In this article, we focus on quarterbacks:

Washington (D.C.) Gonzaga five-star quarterback Caleb Williams remains the only uncommitted quarterback with an offer from Clemson to date.

On Monday, Williams announced a top five that included the Tigers along with Oklahoma, LSU, Penn State and Maryland.

Clemson left a strong impression with Williams while hosting him for its elite junior day in January, and he also visited Death Valley last September for the Texas A&M game. Clemson has been legitimately in the mix, though the presence of quarterback DJ Uiagalelei just one class ahead of him has made this an uphill battle for the Tigers, one that might prove too difficult to overcome.

Oklahoma was trending as the favorite for Williams even before it got him back on campus for an extended visit earlier this month, and the Sooners look even more like the team to beat now. However, he isn’t ready to end his recruitment just yet and plans to take official visits before making his decision.

While the Tigers have stayed patient in their pursuit of Williams, holding off on other quarterback offers, they have been working to create options for themselves should Williams opt to commit elsewhere.

One quarterback Clemson has shown a lot of interest in is Potomac (Md.) Bullis School four-star Christian Veilleux. 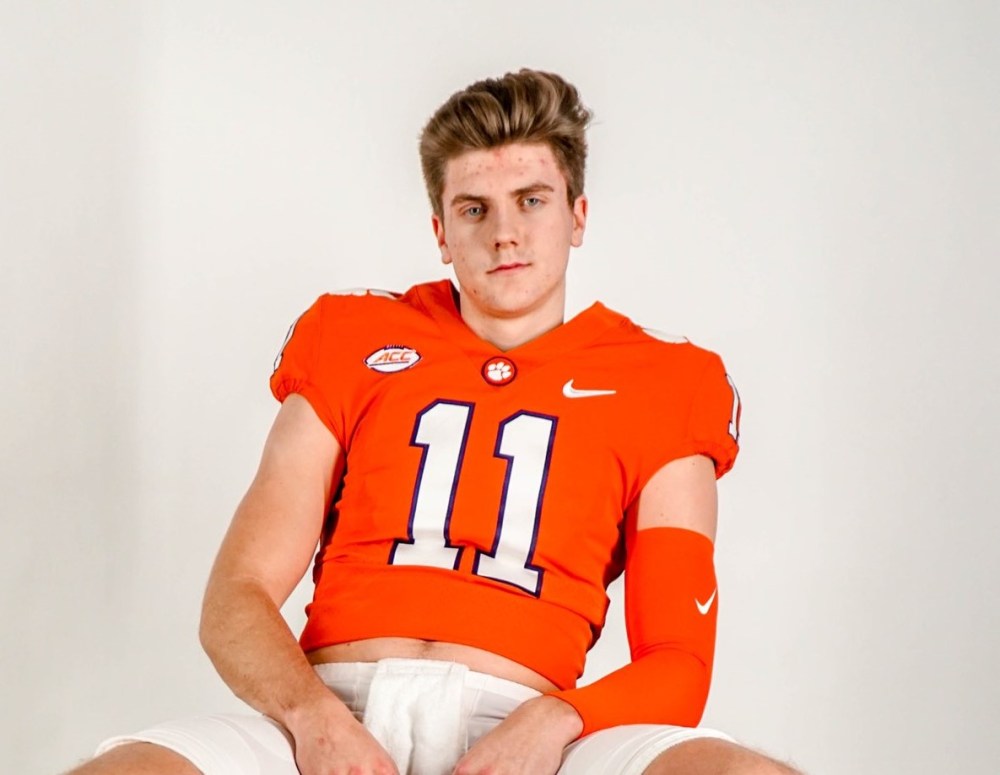 Veilleux visited Clemson in January and was planning to return at the end of this month but won’t be able to make the trip since the NCAA suspended all in-person recruiting through at least April 15 due to COVID-19.

Duke, Penn State and Tennessee have all played host to Veilleux this year as well and are three of the top contenders in his recruitment. He is very interested in Clemson, so an offer from the program would figure to shake things up if the Tigers decide to pull the trigger.

Another quarterback they are keeping tabs on is Pearland (Texas) Shadow Creek three-star Kyron Drones, who like Veilleux had been planning to visit Clemson later this month before the NCAA instituted the dead period.

Drones has offers from Arkansas, Auburn, Missouri, Ole Miss, Pittsburgh and TCU among others.

Clemson had also been in contact with Gilbert (Ariz.) Mesquite four-star quarterback Ty Thompson, but he committed to Oregon on March 16.