In our Looking Ahead series, The Clemson Insider takes a position-by-position look at the top targets on the Tigers’ board for the 2021 class. In this article, we focus on running backs:

Clemson owns one commitment from a running back, four-star Phil Mafah of Loganville (Ga.) Grayson, and hopes to add one more running back in this class as an oversign take – Matthews (N.C.) Weddington five-star Will Shipley, the nation’s top-ranked all-purpose back.

Shipley (5-11, 200) is the only uncommitted running back in the 2021 class with a Clemson offer, which he received after competing at the Dabo Swinney Camp last summer. Since then, the Tigers have gotten him back on campus three times, for the Texas A&M and Wake Forest games last season and then their elite junior day Jan. 25.

The plan for Shipley was to use this March and April to take a final round of visits and then focus on making a decision. He was looking to travel to Notre Dame and also get to schools such as Georgia, NC State, North Carolina and Clemson one more time, but his visit plans were nixed on March 13 when the NCAA suspended all on- and off-campus recruiting until at least April 15 in response to the coronavirus. 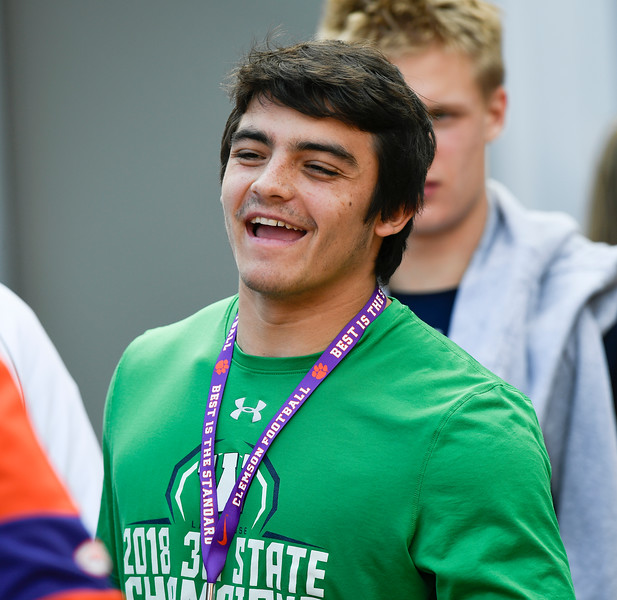 Shipley told TCI recently that his tentative plan was to wait out the dead period and reschedule the college trips he wanted to make before moving toward a decision. However, Shipley also said he could call off those visits and go ahead and pull the trigger on a commitment, depending on how long in-person recruiting stays suspended due to the coronavirus.

Clemson and Notre Dame have been and continue to be the frontrunners for Shipley. Both of his parents are NC State alumni, so the Wolfpack have been in the mix along with schools such as North Carolina, Stanford and Georgia. But his recruitment looks like it will come down to the Tigers and Fighting Irish, and they are running neck and neck right now.

When it comes to Clemson, there is a lot about the program that appeals to Shipley, and he told TCI he can see himself as a Tiger.

“Clemson, I think you don’t even have to say that they’re one of the best programs in the nation,” he said. “That doesn’t only speak for on the field, how well they’ve been, how successful they’ve been in the football side of things. Just the program they have, the people that are involved in the program and how they run it, it’s going to be a school that when it comes down to it is going to play a major role in my decision, and I think I could end up there. I could also end up at a couple other places, but Clemson has really solidified a spot in those top schools.”

Right now, it looks like the Tigers will either land Shipley as a second running back in the 2021 class or stand pat with Mafah as their lone RB take in the cycle.