As the college football minds continue to look into different scenarios in which the 2020 football season can be played, one scenario, that was once a back-burner idea, is now being moved to the front as one of the possible solutions to assure there will be college football in the fall.

As The Clemson Insider reported on April 17, the powers that be in college football are looking at three definite possibilities for the upcoming season as the country and the sports world tries to return from the COVID-19 pandemic. Those three scenarios are outlined in detail in our April 17 story.

However, a fourth idea, which was mentioned in the same article as a spitball idea, is now growing some momentum. As TCI reported, there are other contingency plans being thrown around, due to some states opening at different times than some of the other states.

It is possible schools such as Boston College and Syracuse, for example, where COVID-19 is more prevalent, will not be able to play football this fall. However, schools like Clemson and other ACC members will be able to.

What does Clemson do if BC, Syracuse, or other ACC schools cannot play because their governors have not re-opened their states in time, and they are not completely ready for resocialization?

TCI was told Clemson has spit balled a couple of ideas just in case there is such a scenario where this occurs. Now keep in mind, this is not something they are planning right now, this only if everything else fails and Clemson and other universities in the South have re-opened their campuses in the fall and still want to play football.

In these conversations, a lot of things are being thrown around, but there is a thought some schools in a respected conference will still play if they can, even if other schools in the same conference are unable to.

SEC Commissioner Greg Sankey confirmed his conference has talked about this very scenario and he says there is a group of teams who will want to play. Sankey basically told a Jacksonville, Fla., radio station this past Thursday that each conference has the call to make its own decision and can allow teams to play even if others in the conference can’t.

He said people have to understand college sports are not run like the NFL, NBA or MLB organizations are, college conferences do not have to be unified.

“It is a very different situation when compared to a pro leagues because … let’s go back to March,” he said. “In March, we made independent decisions that ultimately ended up with the same result. But these circumstances were playing out almost moment by moment.

“So, if that is a template, there is room for different conferences to make different decisions. But we are all interconnected. We were playing basketball tournaments, there is no connection. We were all in our arenas playing each other. So, the hypotheticals that play out, if different decisions are made or when those increments come in. If there are a couple of programs that are not able [to play], does that stop everyone? I’m not sure it does. But the ability for us to stay connected, I think, will remain important.”

SEC commissioner @GregSankey on XL Primetime discussing what happens if some programs/conferences don't play this Fall: "If a couple programs aren't able, does that stop everyone? I'm not sure it does." pic.twitter.com/lYK0hHLDD5

Would the ACC allow this?

TCI was told if the ACC it is not playing as a conference, but Clemson and some other schools can still play, then they will try and salvage as much as they can. In this situation, they are not sure how it will work, but they cannot imagine the ACC frowning upon its member institutions trying to save their athletic departments if it is safe for them and other teams to play.

The universities and conferences will try to exhaust the three main options first before beginning to look any other alternative options. 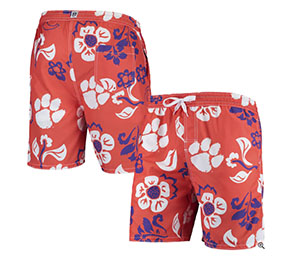