Shipley goes in-depth with TCI on his commitment decision

Shipley goes in-depth with TCI on his commitment decision

Clemson added a huge piece to its 2021 recruiting class on Tuesday when Matthews (N.C.) Weddington five-star Will Shipley committed to the Tigers.

Shipley, the nation’s top-ranked all-purpose back, was kind enough to speak with The Clemson Insider about his college decision prior to announcing his commitment to the world.

“At the end of the day, Clemson is the place for my family and me,” he said. “It’s the best place – the culture, the people that make up that program, the relationships that I’ve created with the coaches, the players, the commits … There’s not a better spot for me.”

So, what separated Clemson from the pack of other schools pursuing him?

“What Dabo Swinney has done to that program on and off the field,” Shipley said. “The type of people that he recruits and he brings into his program, the coaches … Really the relationship I’ve created with Coach Swinney, along with Coach (Tony) Elliott, plays a huge role. So, it’s the people that make up the program that really set it apart.”

Shipley visited Clemson for two games last season after receiving an offer from the Tigers last summer, then most recently returned to campus for their elite junior day in late January.

He originally planned to make a final round of visits this spring, including what would have been an important return trip to Notre Dame, before rendering his commitment. However, after being unable to make those visits due to the COVID-19 pandemic and resulting NCAA dead period, Shipley did his due diligence from home, weighing all of his options, and felt comfortable enough to go ahead and commit.

“I’d say it’s always really been in the back of my head that Clemson is the place for me,” he said. “I think that Notre Dame made a big push, but Clemson always stayed there. I never had to convince myself that it was the place for me, really ever since the junior day visit in January.”

Swinney, offensive coordinator/running backs coach Tony Elliott and Shipley’s area recruiter for Clemson, Danny Pearman, were pumped up when Shipley informed them of his commitment.

“They were hyped,” he said. “I told Coach Pearman, Swinney and Elliott, and they were all very, very happy, which made me feel pretty darn good. It was awesome.” 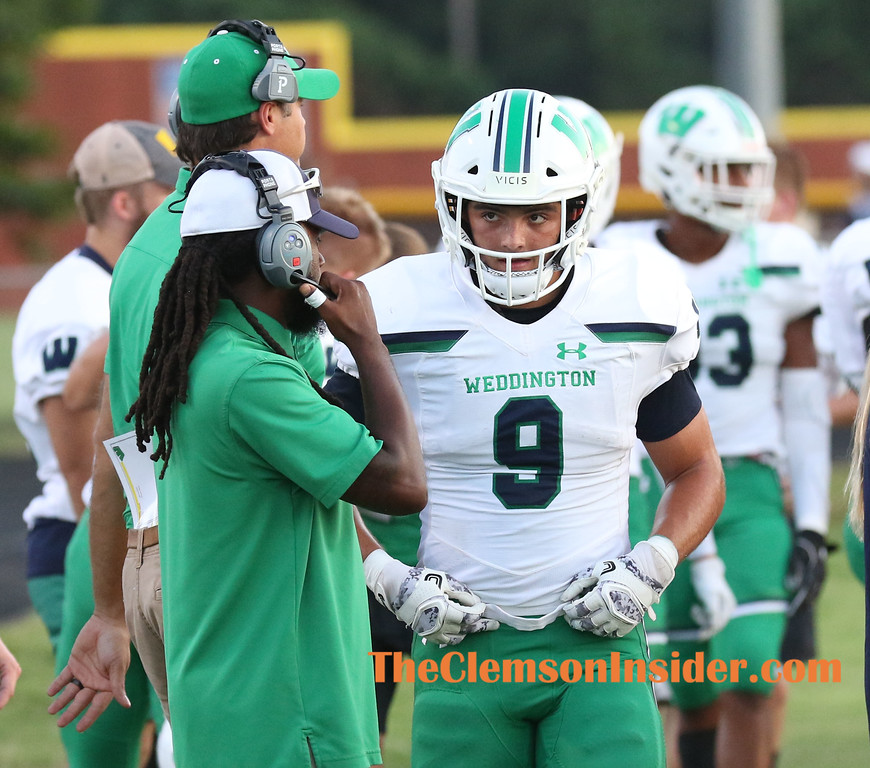 Clemson is loaded with talent at running back, but Shipley explained why the stacked depth chart did not discourage him from wanting to play there.

As a junior in 2019, Shipley was named the Gatorade North Carolina Player of the Year after running for more than 2,000 yards and rushing for 30 touchdowns with an 11.0 yards-per-carry average. He also registered nearly 600 receiving yards and added eight more scores through the air while leading Weddington High to a 16-0 record and the Class 3AA state championship.

What are the Tigers getting in him as an athlete?

The success Clemson’s program has had under Swinney is a big reason Shipley wanted to be a part of the team, and he expects to help the Tigers continue their winning ways during his career.

“We’re going to win three national championships, four if I’m there for all four years,” he said with a smile, “and just having a great time with some great people. With Coach Swinney, Coach Elliott — all smiles, there’s no question about that. We’re going to be having fun doing whatever we do.”

Now that he is on board with Clemson, Shipley plans to do his best to recruit more top prospects to join him in the 2021 class.

“Oh, heck yeah. You kidding me?” he said. “I’m definitely going to go hard on the recruiting trail. I’m going to do whatever I can to get some dogs, and we’ve definitely got a bright future ahead of us is what I’ll say.”

Shipley, who plans to enroll early next January, is the No. 1 all-purpose back and No. 24 overall prospect in the country according to the 247Sports Composite rankings.

Clemson softball 'coming out with fire,' hopes to 'put on a great show' in first-ever Clemson Regional

Clemson softball will go about its routine similarly this weekend.  By this point, everyone knows that this won’t just be any ordinary series at McWhorter Stadium this weekend. The Tigers, the 10th overall (…)