Clemson’s policy under Dabo Swinney has always been not to offer prospects until the summer before their junior year.

So as soon as the calendar turned to June 1 this past Monday, the Tigers began dispensing offers to recruits in the class of 2022, and cornerbacks coach Mike Reed could not wait to offer Santa Ana (Calif.) Mater Dei cornerback Domani Jackson – a five-star prospect per Rivals.

Jackson (6-1, 185) was excited to finally get the offer and is a fan of the unique way in which Clemson conducts its business on the recruiting trail.

“It felt very different,” Jackson said of getting an offer from Clemson. “I love how they do it, it’s very different like I said.”

With the offer from Clemson in hand, Jackson wants to check out the school in person once the NCAA gives recruits the green light to visit college campuses again.

All in-person recruiting has been suspended since March 13 due to the coronavirus pandemic, and the dead period was recently extended through at least the end of July.

“I will be attending Clemson as soon as they say I can go,” Jackson said.

Having paid attention to the Clemson football program from across the country, Jackson is high on the Tigers based on what he has seen and the proven success they have had on the field.

“Clemson is a really good program,” he said. “I like how they do things and it shows from the outcome of the program.”

After jumping into the mix with an offer to Jackson, the Tigers have plenty of staying power in his recruitment.

According to Jackson, distance will not be a factor in his commitment decision.

“It will be about the relationship with the coaches and family,” he said. 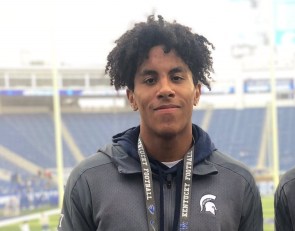