Over the past week there has been a lot of talk on social media, specifically on Twitter, about a racially charged picture on a tweet from supposedly an incoming Clemson Student by the name of “Conor Blackmon.”

On Monday morning, after an investigation by Clemson University in the last week, the university reported there is no current or incoming student by the name of “Conor Blackmon” enrolled at Clemson.

Below is a tweet Clemson University sent out Monday in regard to its findings in the investigation.

An update for our Clemson community. 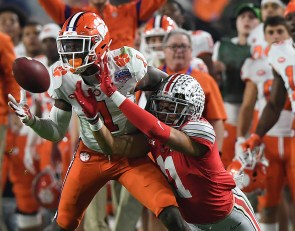 Never before in the College Football Playoff era has being the No. 1 overall seed been so important. Why? Whoever the No. 1 ranked team is in the CFP Committee’s final rankings will avoid, most likely, (…)