Now, Clemson has 14 total commitments, and Collins is a fan of how the class has shaped up since he jumped on board 10 months ago.

“It’s come a long way,” he said. “We have a pretty good class. We got a lot of great guys — Will (Shipley), Beaux (Collins), Troy (Stellato)… We’re all cool. We’ve got a group chat so we all keep up, keep in touch. I think we’re going to be a great class. The chemistry’s already there. We talk almost every other day.”

Collins mentioned Stellato and Beaux Collins, his fellow receiver commits in the class, and believes they have the chance to be an excellent trio for the Tigers at wideout in the future.

“It’s nothing I can put into words. It’s just going to be something special,” he said. “We’re all going to give 110 percent and bring everything we can to the table. We’ll see what the future holds.”

There is limited available spots left in Clemson’s 2021 class, the majority of which is wrapped up, but Collins is still working to help the Tigers recruit one of their top remaining targets.

“I’m trying to get defensive tackle Payton Page, and that’s really it right now,” he said.

Collins likes where the Tigers stand with Page, who has a top three of Clemson, North Carolina and Tennessee and said Friday that he will announce his commitment on July 28.

“He’s a good dude, comes from a good family,” Collins said. “When we were in Clemson, it seemed like he liked it very well, so I think we’ve got a good chance between us and North Carolina.” 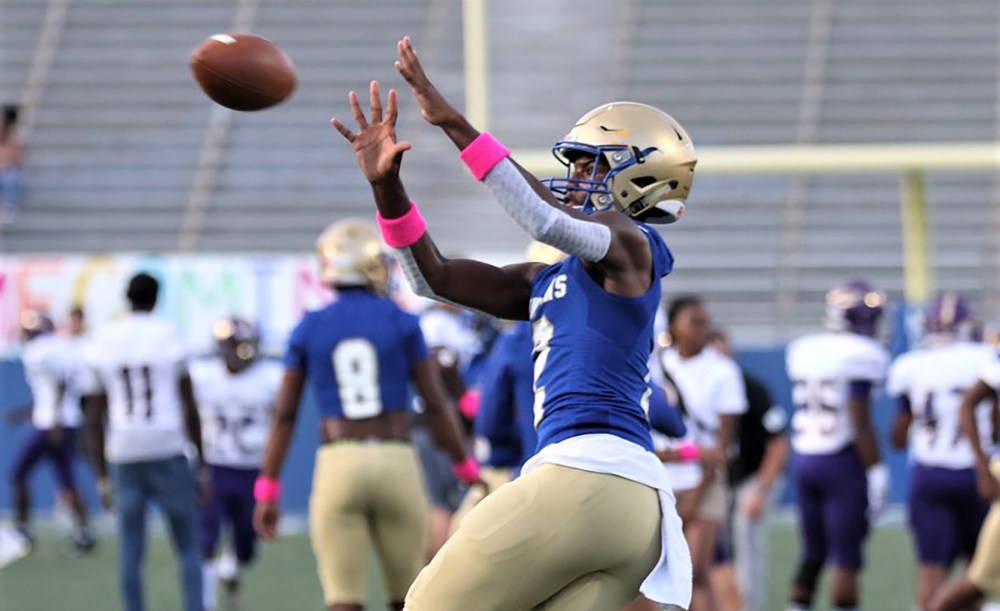 As for Collins, he was able to resume workouts with his high school squad about two weeks ago and is happy to be back on the field with some of his teammates after a long layoff due to the COVID-19 pandemic.

“It felt good,” he said. “Right now, we’re going in groups. It’s not a lot of us, it’s probably like 15 in a group. We go at different times, so hopefully we’ll all be together by at least the middle of July.”

As he gets ready for his senior season, Collins is focused on trying to be “more explosive, getting in and out of breaks quicker” and “just dominating” from his receiver position.

Collins has a couple of personal and team goals in mind he hopes to accomplish during his final high school campaign before he heads to Clemson next year.

Collins plans to enroll early at Clemson in January and is excited to start his career as a Tiger.

“Very. It’s like a dream come true,” he said. “I grew up watching them, and just to believe that Dacari Collins — like, me — is going to be playing for them. So, it’s a blessing to make it this far in life and just in sports, and just know that it’s something to look forward for.”