Mother of new Clemson commit Page: ‘There’s something about that Paw’

Mother of new Clemson commit Page: ‘There’s something about that Paw’

Not only did Clemson win over Greensboro (N.C.) Dudley defensive tackle Payton Page during the recruiting process, but the Tigers won over his family, too.

The relationship that the Tigers built with not only Page, but also his parents, played a big part in his college choice. Defensive tackles coach Todd Bates, defensive coordinator Brent Venables, head coach Dabo Swinney and his staff as a whole made both Page and his family feel loved when they were on campus.

The Clemson Insider was on location in Greensboro for Page’s ceremony and spoke exclusively with his mother, Felicia, after his announcement.

“Any time he’d go (to Clemson), it was fun,” she said. “We would smile and we would just have fun, and they treated us like family. They would always get somebody to come to make sure he was OK, and not just him – they would take care of us, too. Some of the recruiting visits we went to, it was all about Payton. But Clemson made sure it was not just all about Payton, it was about the whole family.” 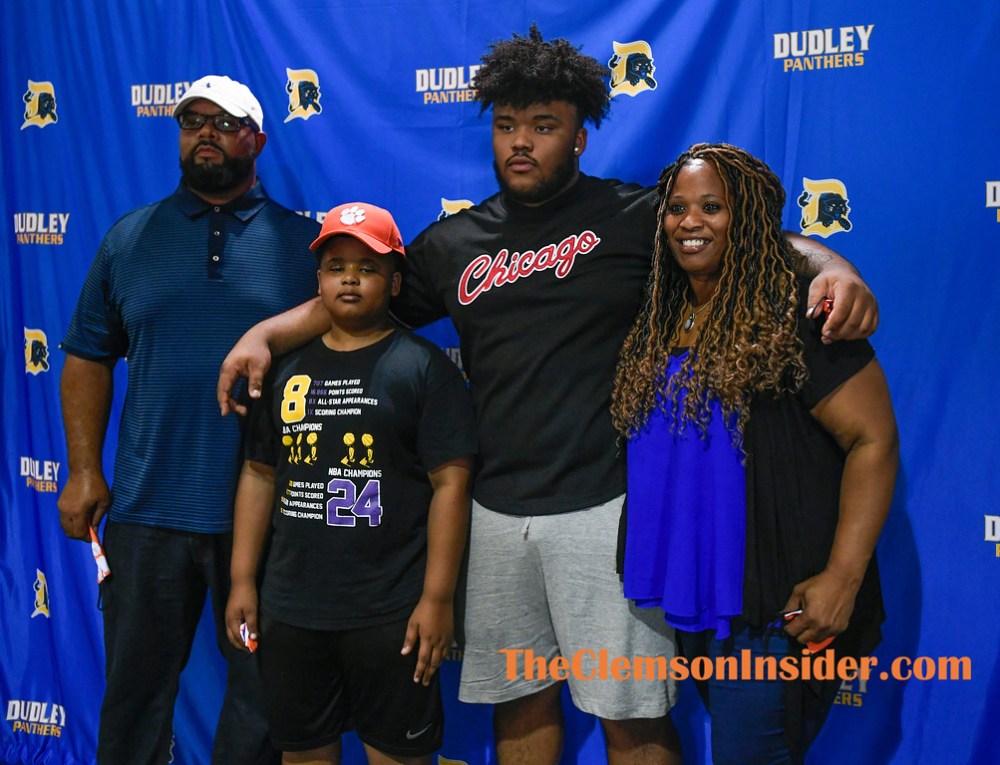 It’s always hard for a mom to send her son off to college. But when the time comes for Page to leave the nest, Felicia will be at peace knowing her son is in good hands with a Clemson staff she trusts.

“I think they will do great,” she said. “I think that was one of the factors into our decision, because we knew that we could trust the coaching staff and the environment.”

The coronavirus pandemic threw a wrench in Page’s official visit plans. He had wanted to take officials before making his decision but did not have the chance to do so, as all in-person recruiting has been suspended since mid-March in accordance with the ongoing NCAA dead period.

However, Page still hopes to be able to make an official visit to Clemson before the end of the cycle.

“Payton really, really wanted to go on his official visits,” Felicia said. “He did say that he wants to still go on the visit with Clemson. I think they’re going to make that happen later when all this clears up because he missed that opportunity. But we’re just blessed that he even had the opportunity.”

The Tar Heels and Volunteers presented Page with two quality college options, but Felicia is happy about her son’s choice to join the Tigers.

“There’s something about that Paw.”