Tigers start 2020 season with a bang

Tigers start 2020 season with a bang

Top-ranked Clemson started out the 2020 season in stride and held a 14-0 lead over Wake Forest after the first quarter.

Lawrence completed seven-of-ten passes for 100 yards and the leading receiver in the quarter was Amari Rodgers who hauled in three catches for 55 yards. Travis Etienne carried the ball 10 times for 82 yards while Lawrence ran for two touchdowns.

Clemson scored its first touchdown on a two-yard rush by Lawrence with 8:02 left in the quarter to cap off a nine play 92 yard drive that took 3:29. The Tigers’ struck again on a one yard run by Lawrence that sealed a nine play 80 yard drive in 3:21.

On defense K.J. Henry showed up to play in his hometown with one sack for nine yards and three tackles in the quarter. Bryan Bresee and Baylon Spector combined for a sack in the quarter as well. 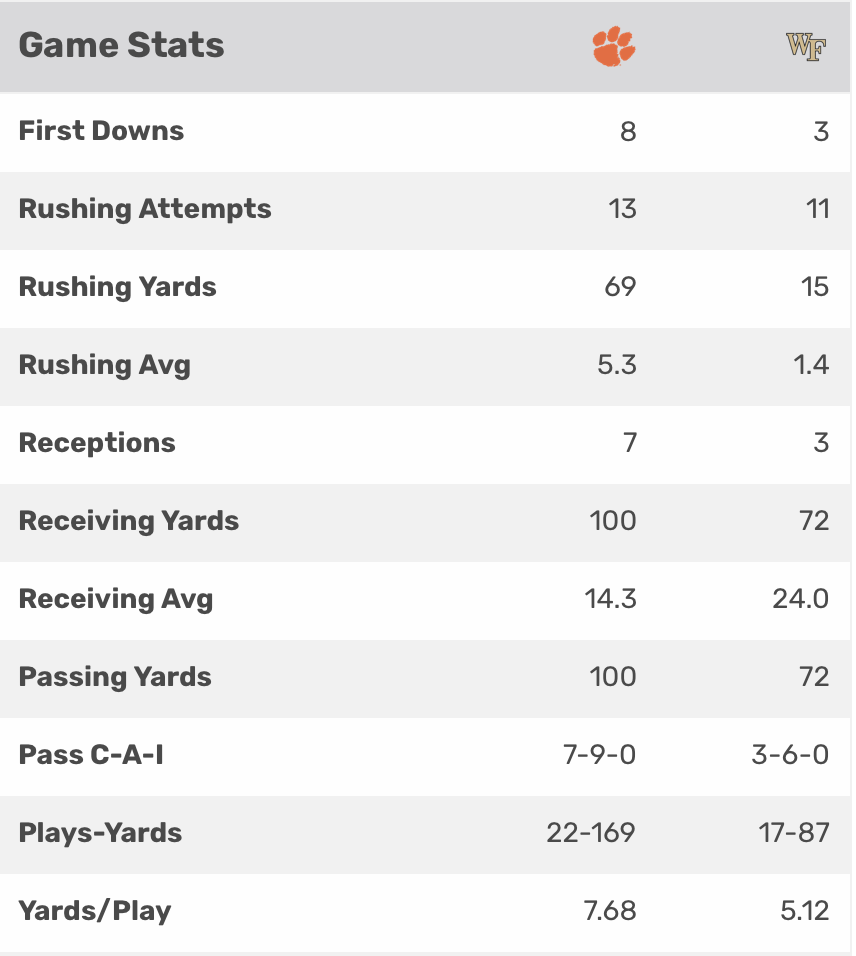 Clemson hopes to continue the same level of efficiency in the second quarter.