On Wednesday, the NCAA Division I Council extended the recruiting dead period again, this time through Jan. 1. A dead period prohibits all in-person recruiting, but phone calls and other correspondence between college coaches and prospects can continue to occur.

The NCAA dead period was initially implemented in March, and the Division I Council has continued to extend the dead period under the guidance of medical experts.

“While the Council acknowledged and appreciates the growing desire to resume in-person recruiting by select coaches’ associations, Council members ultimately concluded the primary concern right now must be protecting the current student-athletes on our campuses,” said Council chair M. Grace Calhoun, athletics director at Pennsylvania. “We encourage our coaches to interact with prospective student-athletes virtually in this time period.”

Clemson head coach Dabo Swinney gave his thoughts Wednesday evening on the dead period being further extended and expressed his displeasure with the decision.

Swinney sympathizes with uncommitted senior prospects in the 2021 recruiting class as many of them have been planning to enroll early at their school of choice in January after signing in December. Now, those prospects won’t be able to take any visits before they make their college decision.

“I think that’s unfortunate. I don’t like that,” Swinney said of the dead period being pushed back again. “I mean, I think that there are a lot of kids that are coming midyear and have worked really hard to get to this point.”

Swinney understands why unofficial visits remain banned but believes prospects should at least have the opportunity to take official visits — visits paid for by the school — toward the end of the year.

“Personally, I don’t see why we could not at least have official visits in November, December,” Swinney said. “It’s smaller numbers. Unofficial visits on game weekend, you have all kind of people coming in and things like that, or even in December. But I don’t see why we could not have official visits where it’s a much more small, controlled group of people, and you could test those people. You could have testing in place and all that. So, to me, I hate that for the player.”

Unofficial and official visits are a huge part of the recruiting process, and Swinney always says if Clemson can get a prospect on campus and show off what makes the school and program special, then they will have a chance to land said prospect.

But because the Tigers won’t be able to host a bunch of big-time recruits throughout this season as they would under normal circumstances, Swinney and his staff are simply trying to make the best of the situation.

“We’ve tried to make the best of it just like we have with everything else during this time,” Swinney said. “OK, well here’s what we’re dealing with, how do we make the best of it? So, we’ve just tried to keep the glass half full. A lot of virtual visits … We’ve done virtual tours, we’ve done a little bit of everything. … Normally on home games they’ll bring guys through and I’ll meet them, so I’ll just do that virtually. Do the best we can. I hate that, but that’s just where we are right now, and hopefully this will be a one-time situation for all of us.” 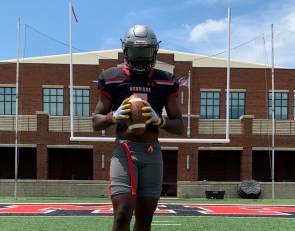