Thanks to a 5-0 start the Clemson men’s basketball team made an appearance in the Associated Press College Basketball Top 25 Poll on Monday.

Clemson debuts at No. 24 in this week’s poll.

The Clemson men’s basketball program has not been ranked in two years, when it was ranked No. 16 in both polls on November 19, 2018.

“I am not really worried about it. It is great. It is fun. It is good for the program. It is good for the fans. It is good for my players,” Clemson head coach Brad Brownell said after the win over Alabama. “You are always happy when stuff like that happens, but it really does not mean a lot right now. We certainly appreciate the notoriety, and we are trying to continue to build our brand and program and take it to another level. But it does not mean a whole lot in December, so we have to really be focused.”

The Tigers are coming off a win over Alabama this past Saturday. It was their fourth Power 5 non-conference victory this season.

Clemson has not opened a season with four Power 5 wins in the first five games in the program’s history. The win over Alabama was Clemson’s second over an SEC opponent this season. The Tigers opened the season with a win over Mississippi State.

They have also defeated two Big Ten foes in Purdue and Maryland. The Terps were undefeated when Clemson rolled to a 16-point victory at Littlejohn Coliseum this past Wednesday.

Unfortunately for the Tigers, things do not get any easier this coming week. Clemson has to play at Virginia Tech on Tuesday. Not only do the Tigers have just two days to rest and prepare for the Hokies, but Virginia Tech will have had a whole week off to get ready for Clemson.

The Hokies are also coming off their first loss of the year, after being upset by Penn State in the ACC/Big Ten Challenge. They were ranked 15th at the time.

After the Virginia Tech game, the Tigers have to head to Columbia to take on South Carolina. The Gamecocks are just 1-2, but they have not played since Dec. 5 due to COVID-19 issues.

“This is a tough week for us coming up. We have a really challenging week with a game against an ACC opponent on the road and then a short turnaround and a game against our rival at the end of the week,” Brownell said. “Our guys really, really have to not be worried about being ranked and patting themselves on the back. They better be ready to compete and hopefully they will do that.”

Tipoff for the Virginia Tech game is set for 6:30 p.m., and will be televised on the ACC Network. 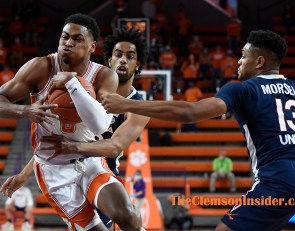 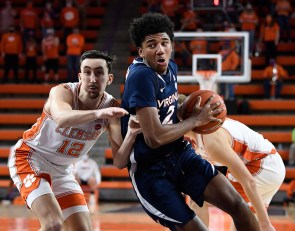 Clemson defensive end Xavier Thomas is returning to Clemson, The Clemson Insider has learned. Clemson Football confirmed it on its official Twitter account. (…)